MANILA, Philippines—Thousands of Filipinos eligible to vote trooped Tuesday to the Commission on Elections (Comelec) in Manila for the first day of voter’s registration for the 2016 elections.

Glindo said voters who changed residence or who have not voted for the past two elections also flocked to their Comelec office to update and validate their records. 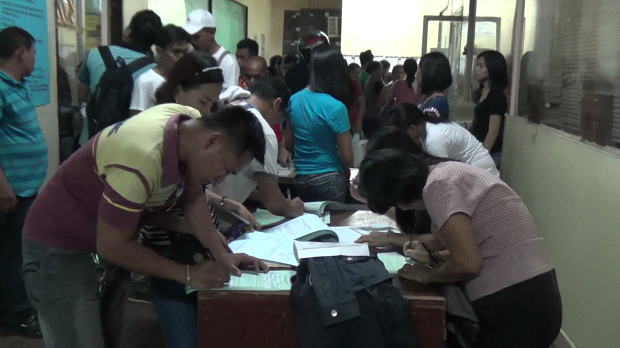 After presenting an ID, a Comelec officer will require the voter to fill-out a form to indicate pertinent information required by the law.

She said voters also need to have their biometrics.

Biometrics records include the voter’s digital photograph, signature and fingerprints.

Under Republic Act 10367 or “An Act Providing for Mandatory Biometrics Voter Registration,” voters who fail to submit the biometrics data would be deactivated from the voters’ list and would not be allowed to vote.

Comelec offices nationwide are open Sundays to Fridays from 8 am. to 5 pm.