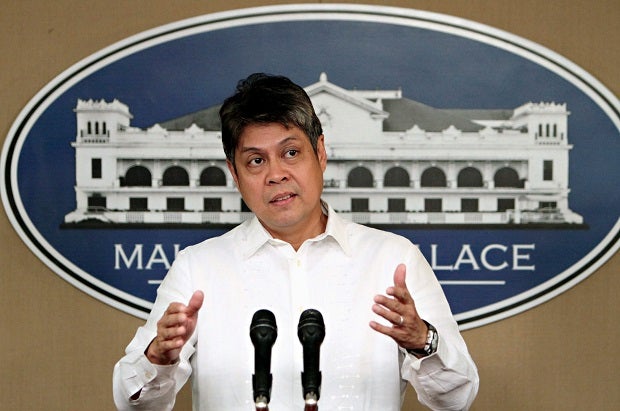 Newly appointed Presidential Adviser on Food Security and Agricultural Modernization former Senator Francis “Kiko” Pangilinan gestures during a press briefing after his appointment by the President in Malacanan on Tuesday, May 6. INQUIRER PHOTO / GRIG C. MONTEGRANDE

MANILA, Philippines—He may be under the spotlight but the new presidential appointee has no plans for the 2016 elections.

Former senator Francis Pangilinan, who was appointed as Presidential Assistant for Food Security Tuesday, said that he has no plans to run for a public office even if his name figures in the surveys.

Pangilinan said that he is firmly committed at the task at hand, the issues that bother the agriculture sector.

“I’m here interested to do what I can do to address the problems that are plaguing the agriculture and fisheries sector,” the former head of the Senate Committee on Agriculture said.

“For me, if I fail, I fail, and then there is nothing to speak of in terms of a future in politics. Let’s just focus on doing what we can do to address the challenges of the agriculture sector.”