Upcat may be keeping away desirable students 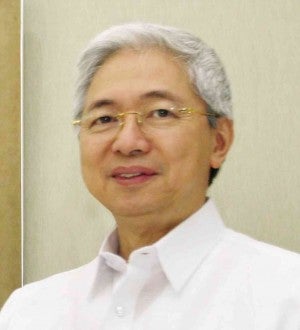 Roughly 83,000 high school seniors took the University of the Philippines College Admission Test (Upcat) in 2013 but only a little over 12,000 were accepted to the seven constituent universities and autonomous college of UP for school year 2014-2015.

With the passing average at just a little over 14 percent, it has become more difficult to hurdle the Upcat than to pass the bar exams, where the most recent passing average was pegged at 22.18 percent, with 1,174 passers out of 5,292 candidates.

And, as the tuition at the top-caliber private schools become more expensive, it can be expected that even more students will seek admission to the country’s premier state university, where the tuition is still significantly lower than at top private universities, as all students get a government subsidy, even those at the top of the socialized tuition  hierarchy.

The chances of being admitted would become slimmer as the threshold rises, a cause for concern for UP president Alfredo E. Pascual, who just started his fourth year on the job.

Pascual told the Inquirer in a recent interview that he feared the Upcat, which is becoming more competitive as the years pass, would not be able to capture the kind of students  the university wants to eventually count among its alumni.

With the focus, for instance, on excellence in subjects such as mathematics and science, Pascual said  the university could inadvertently miss out on high school seniors with great potential to excel in the creative arts, such as creative writing, literature, fine arts and theater arts.

There must be a way, he said, to tweak the admissions system so that the university would be able to bring into its fold an optimum mix of students who would excel in both arts and sciences.

Pascual has called for the creation of a study group to review and possibly overhaul UP’s admissions system. It has just completed its study, which includes recommendations on how to improve not just the Upcat but the entire admissions policy.

Pascual said the new director of the UP admissions office was going over the report of the study group. After she makes her comments, Pascual said, a bigger committee would be formed to make specific recommendations on how to make access to UP more democratic.

“I want an Upcat that will better capture the people we want to get,” he said. “It cannot be one measure for all because then the kind of students that we will get will be just one type.”

The review will also take into account the shift to the

K to 12 (kindergarten to Grade 12)  system, which will require revisions in the type of questions asked of the incoming freshmen since they will have two additional years in high school.

UP is hard-pressed to institute reforms in the admissions system.

In recent years, it has been criticized for coming up short on its perceived responsibility to provide quality, state-funded education to poor but deserving Filipinos, as graduates from exclusive private schools ended up filling an increasing number of the limited slots for incoming freshmen.

This phenomenon was largely attributed to the admissions system, the Upcat specifically, with graduates from top-notch private schools having a better chance of passing the most competitive college entrance exam.

Pascual, who has a degree in chemistry and a master’s in business administration from UP, saw the need to update the Upcat even before he became the university’s 20th president in 2011.

In his investiture speech, Pascual stressed, “UP must be a university where students earn their degrees as Iskolar ng Bayan regardless of the economic status of their family.”

He said, “This can be achieved with a strong commitment to review the UP College Admission Test, restructure the Socialized Tuition and Financial Assistance Program, improve our scholarship programs and do all that is necessary to maintain the public character of our institution.”

The wheels of change have fortunately started to turn under his watch and the results will hopefully be felt sooner rather than later and make public money work for citizens who deserve the most help.