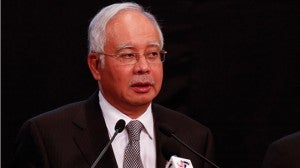 KUALA LUMPUR—Malaysia will release a preliminary report next week on the disappearance of flight MH370, Prime Minister Najib Razak said, as his government battles criticism over the transparency of its investigation.

“I have directed an internal investigation team of experts to look at the report, and there is a likelihood that next week we could release the report,” Najib told CNN in an interview aired late Thursday.

Malaysian officials said Wednesday the report already had been sent to the International Civil Aviation Organization (ICAO), which requires countries to submit within 30 days a factual run-down of what is known so far in any air crash.

But Department of Civil Aviation director Azharuddin Abdul Rahman said at the time no decision had been made on whether to publicly release the report.

Najib was asked why investigators need to look at the report before its release, and whether that indicated it contained something “embarrassing”.

“No, I don’t think so. But I just want it to be — this team to go through it. But in the name of transparency, we will release the report next week,” he said.

The government has so far been tight-lipped about its investigation into the disappearance of the Malaysia Airlines jet, adding to the anger and frustration among relatives of the 239 people aboard the plane.

The Boeing 777 vanished on March 8 en route from Kuala Lumpur to Beijing and is now believed to have crashed in the Indian Ocean, where an Australian-led effort is under way to recover its flight data and cockpit voice recorders.

Malaysia’s government has come under fire for a seemingly chaotic initial response, while scarce and often contradictory official information has prompted transparency concerns.

Malaysia has pledged that any data eventually recovered from the plane’s “black box” will be publicly released.

The cabinet this week also approved plans to set up what Transport Minister Hishammuddin Hussein has called a “highly credible” international team tasked with investigating what befell MH370.

His ministry was still assembling the team, whose members would be made known next week, he told reporters Wednesday.

“As I’ve consistently said since the beginning, we have nothing to hide,” he said.

The investigation will not cover any findings from a criminal probe being conducted by Malaysian police.

Najib stressed on CNN that his government was not yet prepared to declare MH370’s passengers dead, while saying it was “hard to imagine otherwise”.

“At some point in time I would be, but right now I think I need to take into account the feelings of the next of kin — and some of them have said publicly that they aren’t willing to accept it until they find hard evidence,” Najib said.

Passengers’ relatives this week denounced a Malaysian government official’s suggestion that it would soon look into issuing death certificates despite no proof yet of what happened to the plane.