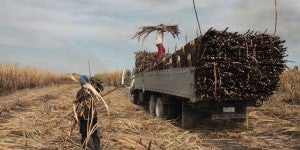 MANILA, Philippines — The Central Azucarera Don Pedro Inc. (CADPI) assured its stakeholders on Wednesday that the 16 casual workers who were injured in its sugar refinery in Nasugbu, Batangas on Good Friday have all been declared “out of danger.”

In a disclosure to the Philippine Stock Exchange, CADPI’s publicly listed Roxas Holdings Inc. (RHI) also said the group has launched an investigation into the accident. It was earlier reported that the workers suffered burns caused by a toxic chemical accidentally mixed into the water used for cleaning a large steel pipe.

The Roxas group also assured the public that it would “continue to uphold the welfare of its employees and partners as it pursues fairness and transparency in all its transactions.”

In its disclosure, the RHI said the 16 injured workers were casual employees of Arlo P. Brucal (APB) Construction and General Services.

In a statement, RHI President and CEO Renato C. Valencia said workers, who sustained skin burns and suffered eye irritation due to a toxic chemical shower, were “out of danger,” as of Wednesday.

“We are glad that all 16 APB casual workers injured in the accident at the plant are now safe and are recovering. Only three remain confined at the Western Batangas Medical Center in Balayan for treatment,” Valencia said.

CADPI president and chief operating officer Arcadio Lozada Jr. said the company officials have been ordered to continually monitor the situation of the 16 APB casual workers.

“This is the first time that an incident of this nature occurred since CADPI contracted APB to do the regular cleaning of our plant since 1989. Reports showed there was a toxic chemical shower that injured the workers after a valve containing toxic liquid was inadvertently turned on in the process of cleaning. We will continue to monitor the workers’ situation and provide medical assistance to ensure that they are out of danger,” Lozada said.

CADPI officer-in-charge resident manager Simon Turno III said the injured workers were given first aid treatment at CADP Hospital before they were rushed to the hospital in Balayan.

“The incident happened at around 6:30 p.m. last Friday at the Boiling House Evaporator Station after some workers allegedly deviated from the regular work flow in order to finish early in time for the observance of the Holy Week,” Turno said.

RHI, a bio-sugar and bio-energy company, is the largest integrated sugar business in the Philippines. It manages 100 percent of CADPI in Batangas as well as Central Azucarera de la Carlota, Inc. and Roxol Bioenergy Corporation in La Carlota, Negros Occidental. It also holds a 45 percent stake in affiliate Hawaiian-Philippine Co.