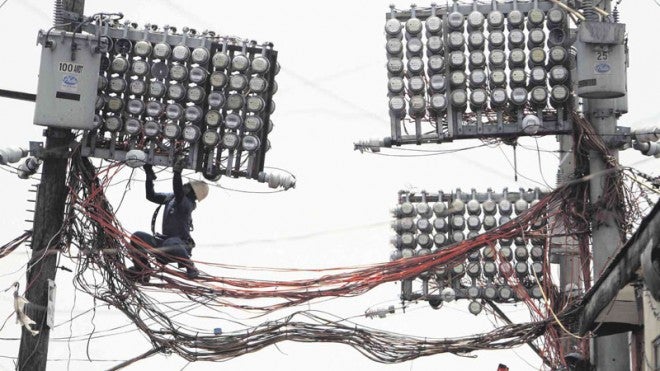 MANILA, Philippines–The annual nationwide blackout drills of the National Grid Corp. of the Philippines (NGCP) began in Luzon this month to ensure grid efficiency and reliability, the company said in a statement.

The NGCP said it has also begun the reconstruction of the heavily damaged transmission lines of Panay island as a result of Supertyphoon “Yolanda,” and will be replacing them with newly designed transmission towers.

The blackout simulation drill activities for Luzon take place every year to prepare energy system stakeholders in the event of major power outages, the NGCP said in a statement.

The first part of the drill was held last April 3, aimed at updating key power industry players on developments, including the contingency plan for the dry season. An ancillary service update focused on black-start services under which individual power stations are started in each identified restoration area and gradually reconnected to integrate the system once again.

The Luzon black-start recovery simulation drill was conducted on the second week of April. Drills will be separately conducted for the Visayas and Mindanao grids next month, focusing on mitigating scenarios particular to their areas.

“NGCP annually conducts these drills to ensure that the Luzon, Visayas and Mindanao grids can mitigate any and all forms of system disturbances, and that our personnel are prepared to respond to any scenario,” said NGCP president and CEO Henry Sy, Jr.

Meanwhile, the NGCP said it is fast-tracking the erection of the damaged transmission structures in Panay this April just in time for summer.

Traversing two Panay provinces—Capiz and Aklan—the Panit-an-Nabas 138-kilovolt (kV) transmission line was one of the worst hit NGCP facilities during Yolanda, with 132 towers of the line being toppled, temporarily disconnecting three electric cooperatives and nine municipalities, including Caticlan and Boracay island, from the Panay grid. Riza T. Olchondra