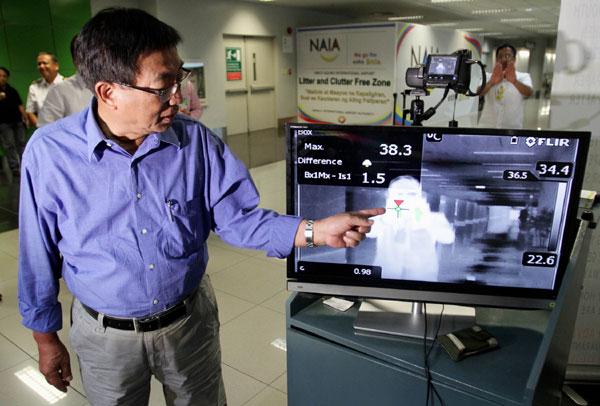 MANILA, Philippines—The Department of Health (DOH) is asking passengers of Etihad Airways flight EY 0424 last April 15 to contact the agency and report their condition after one of their fellow travelers tested positive for the Middle East Respiratory Syndrome-Coronavirus (MERS-CoV).

On Wednesday, the DOH confirmed that an overseas Filipino worker (OFW) who arrived in Manila on April 15 had MERS-CoV. Health Secretary Enrique Ona confirmed that the nurse came into contact with the Filipino paramedic who died of MERS-CoV in the United Arab Emirates (UAE).

The unnamed nurse, however, did not show symptoms of the illness. He was already on the plane back to Manila with his family when his test results in UAE came out.

Ona warned that while he has no symptoms, he still has the virus and may infect other people.

The DOH said the health worker is already in quarantine and his family and the rest of the people who welcomed them home are under observation.

The results of their laboratory tests will come out on Friday.

“He was in transit from the NAIA to his hometown when the DOH tracked him and directed him to report to the nearest hospital, together with his relatives and well-wishers,” the DOH said.

Communications Secretary Herminio Coloma Jr. told INQUIRER.net that the DOH is “following WHO guidelines on contact tracing of sole MERS-CoV carrier aboard Etihad flight EY 0424 that traveled from Abu Dhabi to Manila on April 15.”

The government has been advising people who returned from travel to the Middle East or have been in contact with others who have to immediately see their healthcare provider if they are experiencing flu-like symptoms or any respiratory illness.

The government clarified that there were no travel restrictions on Filipinos going to the Middle East since there is no epidemic or outbreak of the MERS-CoV.

The MERS-CoV is a deadly virus related to the Severe Acute Respiratory Syndrome (SARS) that spread in China twelve years ago. Its symptoms include fever, cough, shortness of breath and diarrhea.

According to the World Health Organization, there were 238 confirmed cases of MERS-CoV infection all over the world. Of the said cases, reported from September 2012 to April 16, 2014, as many as 92 people died.

Malaysia, on Wednesday, reported the first death attributed to MERS-CoV in Asia. The victim recently went on a pilgrimage to Saudi Arabia, media reports said.