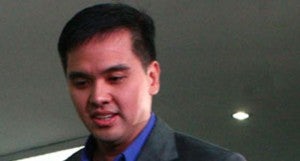 Lee is one of the accused in the mauling of host-comedian Vhong Navarro.

In a subpoena issued by investigating Assistant State Prosecutor Stewart Allan Mariano, Lee is required to appear before the DOJ on April 28 at 2pm.

He is also required to answer the complaint filed against him by the BIR.

Mariano told reporters Wednesday that the hearing was initially set last Friday, April 11 but Lee’s lawyer Howard Calleja sought a postponement saying they still have to attend to the serious illegal detention and grave coercion case filed against him by Navarro.

The complaint against Lee was filed last March 27. Lee, as President of Izumo Contractors Inc., together with chief operating officer John K. Ong and Finance Officer Judy Gutierrez Lee, was slapped with a complaint for violation of the Internal Revenue Code specifically for willful attempt to evade or defeat tax and deliberate failure to supply correct and accurate information in the annual income tax return for taxable years 2006 to 2009.

Investigation against Lee stemmed from confidential information received by the BIR against the tax evasion allegedly committed by Izumo. A letter of authority was issued by the BIR for the examination of the company’s book of accounts and other accounting records.

Access letters were sent to Izumo’s clients to determine its true income. Replies from its clients in the form of certification showed that Izumo received a total amount of P302.63 million in income payments.

The BIR said Lee’s company under-declared its income by 404 percent.

Under Section 248 of the Tax Code, under-declaration of taxable income by more than 30 percent is considered substantial and constitutes a prima facie case of fraud tantamount to tax evasion.