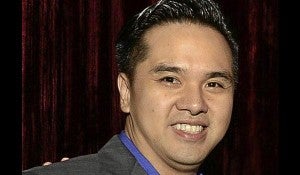 Cedric Lee, one of eight people charged with beating up and extorting money from TV host-comedian Vhong Navarro, is now facing a tax evasion case in the Department of Justice.

This after the Bureau of Internal Revenue (BIR) filed on Thursday a complaint against Lee and other officials of his company, Izumo Contractors Inc., for their alleged failure to pay P194.47 million in taxes.

They were all charged with willfully attempting to evade or defeat tax and deliberately failing to supply correct and accurate information in the annual income tax return (ITR) for taxable years 2006 to 2009 in violation of Sections 254 and 255 of the National Internal Revenue Code of 1997.

The tax evasion complaint against Lee was filed almost two months after he caught the attention of the BIR when he described himself as a “reputable businessman” who owned several companies.

Lee issued the statement to defend himself from Navarro’s accusation that the trader had tried to frame him for rape to extort P2 million from him.

In January, Navarro was beaten up by a group of men led by the businessman who said that they caught him in the act of raping a model, Deniece Cornejo.

The two parties later filed charges and countercharges against each other and the cases remain pending in court.

At a press briefing Thursday, BIR chief Kim Henares said the case against Izumo was based on confidential information received by her office “denouncing the company for tax evasion committed via nondeclaration of income realized from its business.”

A check with Izumo’s clients showed that the company received P302.63 million in income payments from 2006 to 2009 from the city governments of Butuan, San Juan and Pasay, the Davao del Sur provincial government and the Tagudin municipal government in Ilocos Sur. The company, however, declared an income of just P76.22 million from 2006 to 2009 in its ITR.

The under-declaration of taxable income by more than 30 percent is considered substantial and constitutes prima facie case of fraud tantamount to tax evasion.