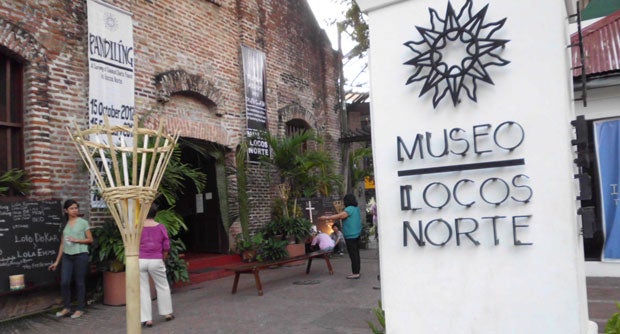 The façade of Museo Ilocos Norte in Laoag City. A magnitude 3.1 earthquake jolted this capital of Ilocos Norte province on Tuesday afternoon. No casualty or damage was reported by disaster response official. INQUIRER.net/TOTEL V. DE JESUS

LAOAG CITY, Ilocos Norte, Philippines -— A magnitude 3.1 earthquake jolted this capital of Ilocos Norte province on Tuesday afternoon, but disaster response officials did not report any casualty or damage after the ground shaking.

Several residents moved out of their houses and offices when the earthquake, felt at Intensity 3, struck at 4:51 p.m. A bulletin from the Philippine Institute of Volcanology and Seismology (Phivolcs) said the epicenter of the earthquake was traced 20 kilometers northeast of Laoag.

The earthquake in this city came a day after a magnitude 4 earthquake struck Pangasinan province on Monday night.

The epicenter of the earthquake, which struck at 9:12 p.m., was 98 km northwest of Bolinao.

Local officials did not receive any earthquake-related damage or casualty in Pangasinan, reports said.

An Intensity 3 earthquake means many people indoors felt the shaking and hanging objects would sway but people outside would hardly feel any movement. Intensity illustrates the effects of the earthquake on the people and the environment where it happens.

Magnitude measures the force or energy released by the earthquake.  A magnitude 3.1 and magnitude 4 earthquake would be felt but would only cause minor damage if any at all.

Employees ordered out of buildings as quake rocks Ilocos