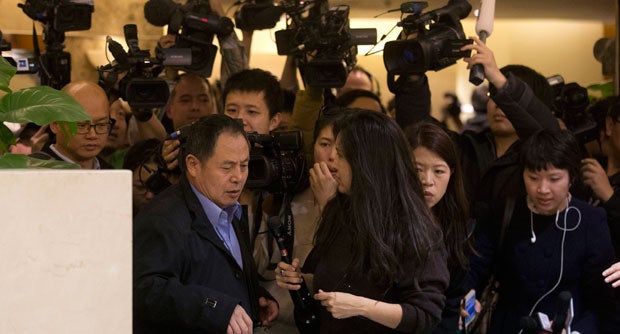 “The ship has arrived at the site to take part in the search,” said Cecilie Moe, spokeswoman for the Norwegian company.

According to another Hooeg Autoliners spokesperson, Christian Dahll, the search window for Thursday was limited since sunset was at 1300 GMT.

The “St. Petersburg” vessel, a vehicles carrier, was on its way from Port Louis in Mauritius to the Australian city of Melbourne, when it was requested by the Australian authorities to reroute in order to identify the debris spotted by satellite in the southern Indian Ocean.

After two weeks of false leads, Australia revived the investigation on the mysterious disappearance of flight MH370 when it announced the detection of two “objects” in the southern Indian Ocean, some 2,500 kilometers (1,553 miles) southwest of Perth in western Australia.

7 leading theories on disappearance of Flight 370