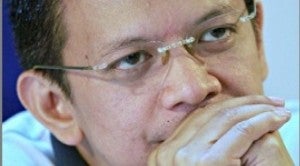 MANILA, Philippines — The Senate committee on finance is set to start its inquiry on the controversial Disbursement Acceleration Program (DAP), which was said to be the source of additional funds that were allegedly given to lawmakers during the impeachment trial of then Chief Justice Renato Corona.

Senator Francis “Chiz” Escudero, chairman of the committee, said they would start the hearing on the issue on April 1, 2014.

Escudero said the officials of the Department of Budget and Management (DBM) will be among the resource persons who will be invited to attend the first hearing.

Since the issue was referred to his committee, Escudero said, the focus of the inquiry would be the character of the DAP as a budget instrument or tool “in connection with it being legal or constitutional.

It was Senator Jose “Jinggoy” Estrada, who disclosed in a privilege speech last year that the senators who voted against Corona had allegedly received additional funds from the DAP.