Habeas Corpuz: Fated to be a lawyer 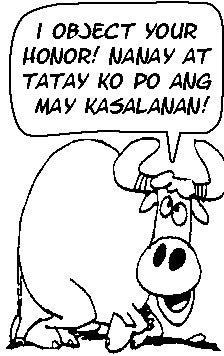 MANILA, Philippines—Who would have thought that someone with a unique and legalistic name such as Habeas Corpuz would one day end up a lawyer?

Corpuz is No. 284 in the alphabetically arranged list of bar passers.

Corpuz’s unique name drew much interest in the media as well in Twitterworld and the social media.

Corpuz was a first-time bar taker. Coles had taken the bar exams twice, the last of which proved to be the charm for him.

Irony of it all

Half of the 5,292 bar examinees were first-timers while the other half were repeaters, according to Supreme Court Associate Justice Arturo Brion, chair of the 2013 bar exam committee.

For the legalese, Corpuz’s name is a play on the legal term “habeas corpus,” which refers to an extraordinary relief given by the court ordering authorities having custody of a person “to produce the body in court.”

The irony of his name is not lost to Corpuz himself, who gamely

answered the questions about it when contacted by phone by reporters.

The 35-year-old Corpuz is a full-time faculty member of the College of Arts and Sciences at the University of Visayas, where he teaches political science and social sciences.

He said his father, a Philippine Air Force soldier, had named him Habeas because he had been hearing the term habeas corpus.

Corpuz said his parents could not agree on what to name him that when he was born and the nurse asked his father what his name would be, the latter blurted out “Habeas.”

Corpuz recalled that he did not know why his classmates would tease him about his name and that he even asked his mother to change it.

It was only when he was in high school that he learned the meaning of his name after he researched it himself.

“What I know is that habeas corpus means to bring the body before the court,” Corpuz said.

But it was also his name that prompted him to aspire to become a lawyer someday, he said.

He said his friends would tease him about his name.

The single Corpuz said he had gotten used to the teasing.

Not a good singer

At home though, Corpuz is simply called “Balong,” a nickname in Ilokano which means “Totoy,” quite fitting really since he is the youngest in the family. He has only one sibling.

Coles, a 34-year-old Eastern Samar University professor, said he did not know why he was named Nat King but it was probably a takeoff from the name of the American singer.

Like Corpuz, Coles said he got teased by colleagues but he did not mind because somehow it was attention-calling.

Still, he said he was not even a good singer.

“That’s the irony of my name because I am not a singer,” he said, laughing.

Like Corpuz, Coles said he intends to practice law.

Since both are now lawyers, simply calling them “Attorney” may make life simpler for them.

Netizens were grinning on hearing that Corpuz had passed.

“Congratulations to Corpuz, Habeas M for passing the bar. May you never be suspended. Ever,” netizen @arpeelazaro posted on Twitter.

“Bonus points if he becomes a Human Rights lawyer,” netizen @anitero chimed in.