Monk sets himself on fire in northwest China | Inquirer News

Monk sets himself on fire in northwest China 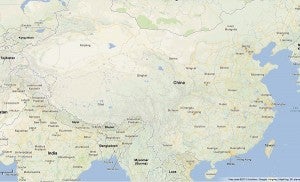 BEIJING, China—China’s official news agency said a monk has set himself on fire in an ethnic Tibetan area of northwest China.

In a brief report citing local authorities, Xinhua News Agency said the monk, who is from a monastery in Huangnan Tibetan autonomous prefecture in Qinghai province, self-immolated Sunday. The report did not give further details.

A man at the Zekog county public security bureau confirmed the immolation and said it took place outside the monastery. He said he had no other information and refused to be identified.

Qinghai neighbors Tibet. More than 100 people have self-immolated in Tibetan areas since 2009 to protest Chinese rule.

The government has blamed the self-immolations on hostile foreign forces that want to separate Tibet from China.

Tibetan protester sets himself on fire in Nepal