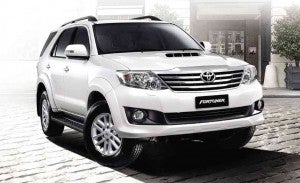 THE SUV favored by members of the provincial board of Nueva Vizcaya.

BAYOMBONG, Philippines—Controversy continues to hound the impending purchase of 12 sport utility vehicles (SUV), worth P18 million, by the provincial government for each of the province’s board members, amid allegations that the bidding was being rigged.

Sources in the provincial government, who asked not to be named for fear of reprisal, said the purchase of specific brands of SUV chosen by the board members violated Republic Act No. 9184 or the Government Procurement Reform Act of 2003.

“The specifications cited in the invitation to bid pointed to certain brands, which is already a violation. [The board members] have been warned about this but it seems they are still pushing through with the purchase,” the source said.

Since last year, the board members have been at the receiving end of criticisms from residents and netizens here after they allotted P25 million for the purchase of SUV, tablet computers, mobile phones and other gadgets.

But when the planned acquisition did not push through in 2013, the board members again included the items for such purchases in the 2014 regular budget, despite clamor that the funds should instead be spent on other priority needs of the province’s citizens.

Vice Gov. Epifanio Galima Jr., presiding officer of the provincial board, denied any irregularity in the bidding procedures for the purchase of the vehicles.

“It is not a violation because you have to describe what you want. That is part of the preparation of purchase request [because] some [board members] wanted a Toyota, some wanted Isuzu or Nissan, so it’s part of that,” he said.

He said the vehicles were not for board members’ luxury but a “necessity.” 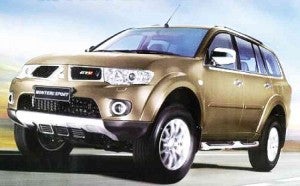 “It will make them mobile,” Galima said.

On March 6, the provincial government’s bids and awards committee conducted the prebid conference on the vehicle purchases. The opening of bids is set for March 18.

Based on the invitation to bid posted online at the Philippine Electronic Procurement System (PhilGEPS) website, the province is set to buy 12 service vehicles for the board members worth P1.5 million each or a total cost of P18 million.

The source, however, noted that details of the purchases pointed to certain vehicle brands, which is prohibited under RA 9184. 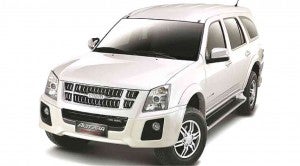 Section 18, Article 6 of the procurement law states: “Specifications for the procurement of goods shall be based on relevant characteristics and/or performance requirements. Reference to brand names shall not be allowed.”

Industry sources, however, said that “2.5 GLX Non-VGT” is the engine name of a Mitsubishi Montero, while “2KD-FTV” referred to a 4X2 Toyota Fortuner.

A “4×4 4JJ1ITEQ” is the designated engine name for an Isuzu Alterra, while “4×4 AT Power Terrain, DOHC 16 valve VN Turbo Intercooler CRDI” refers to a high-end model of a 4X4 Toyota Fortuner.

“The law requires that all that the end-user should enumerate in an invitation to bid are minimum specifications that will meet the needs of the office. Specifying the brand or mentioning details that pointed to a brand will defeat the purpose of bidding,” the source said. Melvin Gascon, Inquirer Northern Luzon