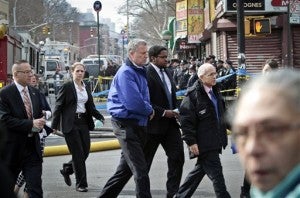 “Today at approximately 9:30 a.m., there was a major explosion that destroyed two buildings, the explosion was based on a gas leak,” De Blasio told reporters at the scene.