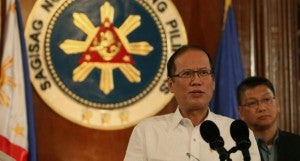 MANILA, Philippines – Malacañang on Monday said President Benigno Aquino III was satisfied with Oriental Mindoro Governor Alfonso “Boy” Umali’s explanation on why he called up the police and inquired about the arrest of Delfin Lee.

“Governor Umali explained to the President, and the President was satisfied,” Presidential Spokesperson Edwin Lacierda said in a televised press briefing.

The spokesperson pointed out that Umali, an administration ally, did not pursue the issue after he was told by Philippine National Police (PNP) Director General Alan Purisima that Lee’s warrant of arrest is still valid.

Lacierda said what matter is that Lee was arrested and remains detained.