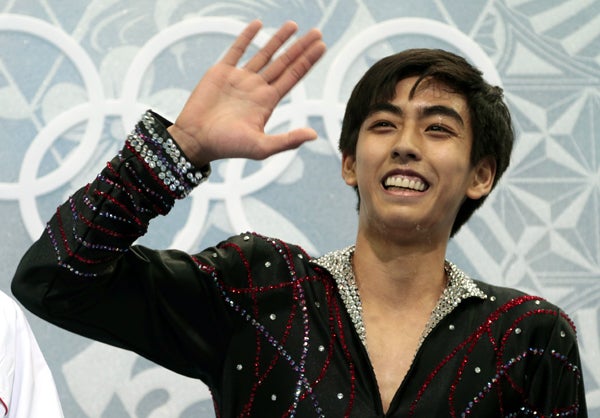 Michael Christian Martinez of the Philippines waves to spectators as he waits for his results after the men’s free skate figure skating final at the Iceberg Skating Palace at the 2014 Winter Olympics, Friday, Feb. 14, 2014, in Sochi, Russia. AP

MANILA, Philippines–The SM group is set to honor winter Olympian and homegrown skating rink talent Michael Martinez as he comes home from a much-lauded performance at the Sochi Winter Olympics in Russia.

SM – in whose mall Martinez learned skating – is set to organize a motorcade at the Mall of Asia on Feb. 23 at 4 p.m. which will culminate in an awarding ceremony inside the mall, SM Prime Holdings said in a press statement on Thursday.

The company, which has contributed to Martinez’ athletic pursuits, is likewise preparing “surprise” gifts for the Olympian.

“We are very proud of Michael. Not only did he give honor to our country, but he is also a shining example for the youth as someone who saw no limits to what he can achieve. He has already inspired millions by following his dreams and by competing in the Winter Olympics. He will continue to inspire us all as he works towards earning medals in the future Olympic competitions,” SM Prime Holdings president Hans Sy said.

During his formative years as a figure skater, Martinez frequented SM Southmall in Las Piñas and much later on, SM Mall of Asia for figure skating competitions despite frequent bouts of asthma.

Since skating at nine years old, Martinez has garnered 194 medals and trophies from various international and local competitions. He is currently ranked 19th in the world based on his recent performance at the Winter Olympics.

Martinez clinched 7th place at the 2013 Nebelhorn Trophy in Germany that qualified him for the 2014 Winter Olympics.

Through the years, SM and the Philippine Skating Union have conducted several figure skating competitions that bred international champions such as Martinez.