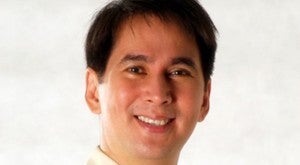 Levito Baligod, the lawyer of pork barrel scam principal witness Benhur Luy, said on Saturday he would oppose the application of former movie actor Mat Ranillo to serve as a state witness in the case, testifying against the alleged mastermind behind the racket, businesswoman Janet Lim-Napoles.

“Ranillo’s testimony against Napoles is no longer needed,” Baligod said.

“There’s enough evidence to pin her down in the earlier whistle-blowers’ testimonies, evidence and accounts,” Baligod said.

He said, however, that Ranillo would be welcome to serve as a state witness if he would testify that he was a “conduit” for the kickbacks of Sen. Jinggoy Estrada using the dummy aid organizations of Napoles.

Luy and new whistle-blower Ruby Tuason named Ranillo as Estrada’s bagman for his kickbacks from Napoles’ bogus projects financed by the senator’s allotment from the Priority Development Assistance Fund.

Baligod said it was hard to believe that Justa Tantoco did not know what was going on in her own house in a posh subdivision in Makati City.

Tantoco, a relative of Ranillo by affinity, was a trusted friend and chief of staff of Estrada’s mother, former first lady and Sen. Loi Ejercito.

Baligod was reacting to the post of Junie Katigbak Tantoco, a son of Tantoco, in his social media account comparing their house to a fast-food restaurant.

Junie defended Tantoco on Facebook, with his post being forwarded to the Inquirer by someone close to his family.

“Just because a drop-off MAY have happened at mom’s home doesn’t make her guilty, just like a drop-off at McDonald’s does not make McDonald’s responsible,” Junie said.

“McDonald’s is a public place, while their house is located in a gated and well-guarded subdivision where the voice of homeowners carries more weight than politicians’,” Baligod said.

Junie, in his Facebook post, also confirmed that his mother was the chief of staff of Ejercito but said his mother did not work for Ejercito when she was a senator.

“My mom was the chief of staff of the Office of the First Lady for Tita Loi, but she did not serve in any official capacity when Tita Loi was in the Senate,” he said.

Junie thanked those who had expressed their concern for his mother after news reports last week said her name was mentioned in the affidavit that Tuason submitted to the National Bureau of Investigation and the Office of the Ombudsman.

He acknowledged that Tuason is a family friend of the Tantocos.

“The only thing I want everyone to know is that, yes, Tita Ruby Tuason is a family friend and that Mat and Linda Tupaz Ranillo are the in-laws of my sister Maritess,” Junie said.