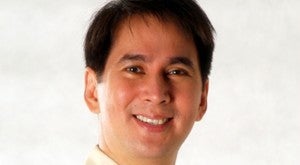 Tuason said she even delivered some P5.7-million commission to Estrada in his home in Greenhills, San Juan City, to make it happen but the senator later canceled the transaction and returned the money.

“For reasons known to him, after he gave me a project, he canceled it,” Tuason said.

Whistle-blower Benhur Luy confirmed that Tuason once returned the commission to Napoles.

Tuason later found out from Luy that Estrada had given the project to Ranillo, who consummated the deal.

Citing Luy’s accounting record, Tuason said that an P11.97-million commission was delivered to Pauline Labayen at the home of Justa Tantoco in the posh Dasmariñas Village in Makati City.

Labayen was Estrada’s secretary and a fellow respondent in the plunder complaint filed in the Office of the Ombudsman, while Tantoco was the chief of staff of Estrada’s mother, then Sen. Loi Ejercito.

“We counted money in the presence of Linda Ranillo (Ranillo’s wife),” Luy, erstwhile chief aide of Napoles turned whistle-blower, told the committee. “There was another woman there that I would later learn was Justa Tantoco.”

Estrada on Wednesday said he had “never dealt” with Ranillo, and knew him only as a fellow actor. He said Tantoco had nothing to do with the scam. He said he never authorized anybody, including Labayen, to handle his Priority Development Assistance Fund (PDAF).

Luy testified during the hearing that Ranillo had a falling out with Napoles after the businesswoman decided to deal directly with Estrada’s secretary, Labayen.

Luy said that Napoles had him file a complaint against Ranillo in the Marikina Regional Trial Court apparently over the actor’s failure to pay a Ford E150 bought by Napoles. Ranillo eventually paid for the car out of commissions from pork barrel kickbacks.

Ranillo later filed a counteraffidavit, including vouchers in pork barrel transactions that he signed, with the court.

“You mean to say that the documentary proof of kickbacks was filed in the court?” Guingona remarked.

Luy said Napoles herself was “surprised” when Ranillo’s allegation of kickback came out in the news, and ordered her staff to prepare another voucher and make it appear as the real one.

When the names of Estrada and Ejercito were dragged in the case, both parties agreed to settle, Luy said. And while Ranillo had fully paid for the car, Napoles managed to get this recalled.

Justice Secretary Leila de Lima said the National Bureau of Investigation was now looking into the role of Ranillo, Napoles’ husband, Jaime, and a certain Maya Santos in the scam.