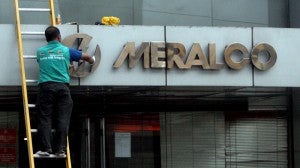 MANILA, Philippines – Militant labor groups on Friday demanded the revocation of the franchise of the Manila Electric Comapany (Meralco) to put an end to the power distribution.

Bukluran ng Mangagawang Pilipino (BMP) together with health professionals, churmen, artists and allied sectors during a rally in front of the firm’s head office in Pasig City asserted that the revocation was “legitimate and reasonable.”

“We can no longer stomach Meralco’s attitude towards its consumers. We demand a total break from the threats of blackmail, sky-rocketing prices, market abuse and inefficient delivery of supply,” said Leody de Guzman, national chairperson of the BMP.

The group who also demanded for the repeal of the Electricity Power Industry Reform Act of 2001 (Epira) said the revocation of Meralco’s license would alleviate the misery of millions of Filipinos.

“The litany of Meralco’s abuse is just as long as the agony of the consuming public. Enough is enough,” De Guzman said.

“We pledge to make protest actions a daily occurrence and the level of militancy shall rise dramatically till EPIRA and corporate greed is placed in its rightful place, six feet under the ground,”  said Gie Relova, National Capital Region and Rizal chairperon of BMP.

The 60-day temporary restraining order (TRO)  issued by the Supreme Court on the power rate increase will end on Feb. 23.
RELATED STORIES