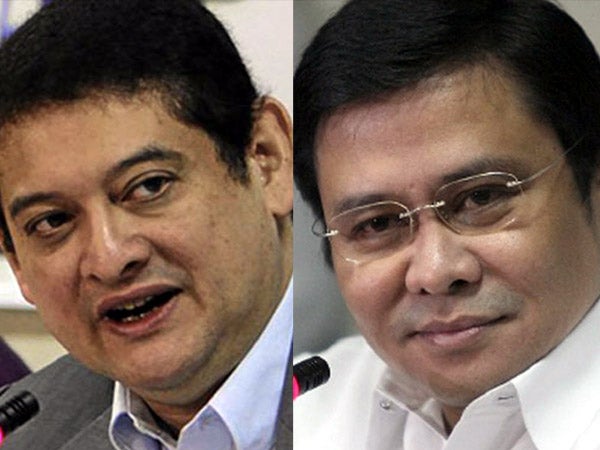 In a briefing with reporters, Estrada said Guingona took at face value the testimony of Ruby Tuason, the latest whistle-blower in the pork scam.

Tuason pinned down Estrada on Thursday over his involvement in the pork scam, adding that she personally delivered kickbacks to Estrada’s residence and office in the Senate.

He also questioned Guingona’s statement that Tuason’s testimony is a “three-point shoot” in the investigation.

Estrada denied Tuason’s allegations, saying that she only delivered food in his office and not money.

Tuason, the former social secretary of then president and now Manila Mayor Joseph Estrada, was said to be the conduit of senators Juan Ponce Enrile and Senator Estrada and Janet Lim-Napoles, the alleged perpetrator of the scam.

Tuason said she had introduced Napoles to the lawmakers.

Tuason fled to the United States after the scandal broke out before returning to become state witness. She said she was bothered by her conscience.

Tuason: I never got to talk to Enrile