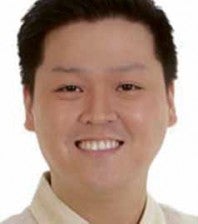 MANILA, Philippines — Nine out of 10 Grade 6 pupils in Valenzuela City either have difficulty reading or cannot read at all.

This was the grim revelation of Valenzuela Mayor Rexlon Gatchalian in his first State of Education Address in which he also announced his P300-million plan to solve the problem and improve the quality of public education in the city.

Speaking in front of education officials, teachers, students and parents at the Malinta Elementary School, Gatchalian started off by revealing that the city was performing inconsistently in the National Achievement Test (NAT) with its average dropping from a high of 71.93 percent in 2010 to 59.13 in 2011. It rebounded slightly to 60 percent in 2012.

“When I asked principals about our inconsistent performance in the NAT, they said that it could be because the reading foundation of our students is weak as shown by results of a reading test administered by the Department of Education,” Gatchalian said.

He added that the test, administered to Grade 6 students in the city last school year, showed that 83 percent or eight out of 10 students were frustrated readers who had difficulty reading.

“A further 11 percent or one out of 10 Grade 6 students cannot read at all while 5 percent are instructional readers who need to be guided to read. Only 1 percent of Grade 6 students in the city are considered independent readers,” Gatchalian said.

He went on to reveal his “360-degree” education investment program which would involve additions to the curriculum as well as support for students, parents and teachers. For this, the local government would pour in over P300 million in capital outlays to improve the city school infrastructure alone.

Gatchalian said that P5 million would be spent on giving reading classes to students after the school year. The two-hour supplementary classes would be held a month after the end of the school year  and involve activities such as reading in groups.

Teachers will also be kept updated on the latest learning techniques, teaching strategies and values formation while separate “parenting classes” will be offered to parents so that they can coach their children and help them to read.

Also, Gatchalian said the city would continue its student feeding program for 16,648 students in day care and elementary schools, more than triple compared to the 5,265 elementary students involved in the first year of the program in school year 2012-13.

But the biggest chunk of the capital outlay will be spent in infrastructure development, with the city eyeing the construction of five new elementary and high school buildings throughout the city.

“The city council has allocated P300 million for us to build over 100 new classrooms in five different school buildings across the city, and for the construction of a new Valenzuela City Math and Science High School. Construction of these buildings is now underway and we promise that these classrooms will be available for use when classes open in June this year,” Gatchalian said.

He expressed optimism that the program would mean more consistent performance in the NAT while making the learning environments in public schools better for students.