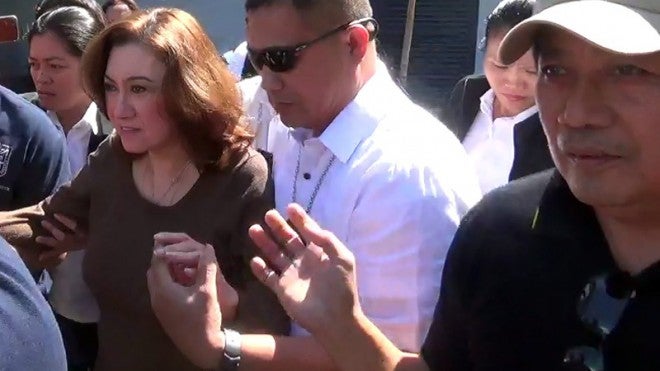 MANILA, Philippines–Ruby Tuason, former aide of former President now Manila Mayor Joseph Estrada and one of those implicated in the pork barrel scam, is a state witness, her lawyer said.

From the National Bureau of Investigation, where Tuason met with De Lima and NBI Director Virgilio Mendez, Tuason is on her way to the Office of the Ombudsman where she would subscribe to her affidavit.

Tuason is one of those slapped with a plunder complaint before the Office of the Ombudsman in connection with the P900 million Malampaya fund.

She allegedly received P242.775 million in kickbacks on behalf of still an unidentified principal.