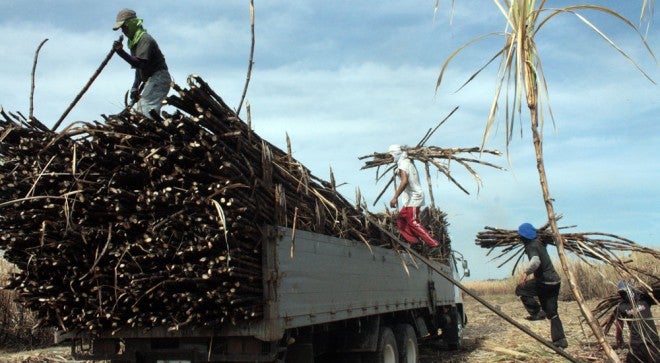 CITY OF SAN FERNANDO, Philippines—Relatives of President Aquino have been paid more than P471.5 million for the more than 4,000 hectares of land that the Supreme Court ordered to be given to more than 6,000 farmworkers in Hacienda Luisita in Tarlac province, a Department of Agrarian Reform (DAR) official said on Wednesday.

Anthony Parungao, DAR undersecretary for legal affairs, said the agency reported the payment to the Supreme Court as early as October last year.

Annex 7 of the fourth quarterly report submitted by the DAR to the high court showed the summary of land valuation by the Land Bank of the Philippines for 4,500.7 ha.

At least 4,346.9 ha are agricultural lands while the rest are common service areas, such as roads, canals and fire breaks.

HLI is 70-percent owned by the Cojuangco family’s Tarlac Development Corp. Formed in 1989, HLI handled the stock sharing scheme with farmworkers, the form of agrarian reform undertaken at the 6,000-ha estate during the administration of the late President Corazon Aquino, a member of the Cojuangco clan and Mr. Aquino’s mother.

HLI spokesman Antonio Ligon could not immediately confirm on Thursday if HLI had actually received the payments.

An Inquirer computation, based on those figures, showed that the DAR paid P104,761 per hectare of the land distributed to the farmworkers. The amount was double the P47,000 per hectare that HLI reported to the Securities and Exchange Commission in 1988 as the value of the land.

Under the Comprehensive Agrarian Reform Law, which was extended twice since 1998 and which will end in June this year, landowners are entitled to just compensation.

Covered by certificates of deposits that came in four batches, the payments consisted of P76.2 million in cash and P395.2 million in bonds, Parungao said.

Asked about the payment, Parungao said the P471.5 million represented the full payment for agricultural lands.

HLI has gone to the DAR Adjudication Board (Darab) to claim interest payments since the land, per the high court’s order, was valued at 1989 prices, according to Parungao.

He said DAR’s payment to HLI for the home lots that the company had given to the farmworkers under the 1989 stock distribution program was a subject of a case in the Darab.

The Cloa showed that each beneficiary was the owner of 6,600 square meters.

For the first three years, a beneficiary would have to pay LBP an amortization of P57.59 monthly or P691.08 yearly.

“This is the affordability clause, under the law, at work. Not a bad deal at all,” Parungao said.

He said the DAR would install the beneficiaries on their lands after it completed the placement of “mojon,” or boundary markers, on each lot.

Sugar planters, however, have delayed the completion of the agrarian reform process in Hacienda Luisita by renting the lands from beneficiaries at P7,000 to P10,000 per hectare in a lease system called “arriendo.”