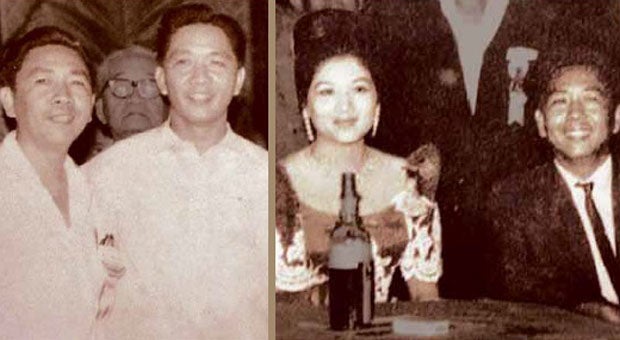 SEEING DOUBLE Jesus Quevenco (left) with Ferdinand Marcos and with Imelda Marcos, standing in for the then presidential candidate in 1964 CONTRIBUTED PHOTOS

Jesus Quevenco, who once said he doubled for Ferdinand Marcos in the 1965 presidential campaign, died in a hospital in Bacolod City on Wednesday. He was 90.

Quevenco, a retired manager of an insurance company and a lay leader at the San Diego parish in Silay City, had been suffering from pneumonia, said his daughter Babette Quevenco Zaini.

Zaini said her father died uttering Psalm 23, his favorite Bible text—“The Lord is my shepherd, I shall not want…”

In an interview in 2006, Quevenco told the Inquirer that he met Marcos, then a senator, through a friend, then Silay Mayor Romulo Golez, a member of the Nacionalista Party (NP).

Golez brought him to the NP convention in Manila where Marcos launched his presidential bid.

After the convention, Golez and Quevenco went to Marcos’ house in San Juan, Metro Manila. While they were waiting in the living room, NP delegates from Mindanao arrived and mistook him for Marcos. They shook his hand, but he was too surprised to correct them. He just smiled as he shook hands with them.

When Marcos and his wife, Imelda, arrived, the delegates from Mindanao were baffled, Quevenco said.

Golez, a close friend of the Marcoses, jokingly introduced Quevenco to Marcos’ mother, Josefa Edralin, as the illegitimate son of her husband.

Quevenco recalled that Edralin stared at him and told him that he looked just like Ferdie.

He said Marcos acknowledged that they looked alike and called him “Brod.”

Quevenco said he doubled for Marcos three times, first in December 1964 to accompany Imelda Marcos on a visit to Murcia, Negros Occidental province. 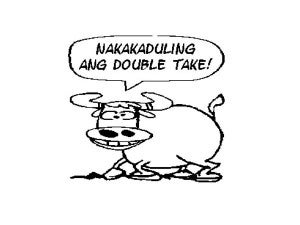 The second time was when he was asked by Armin Gustilo, then the political kingpin in northern Negros, to stand in for Marcos who could not make it to a speaking engagement in Cadiz.

“I sat in Gustilo’s car and waved at the waiting people in Cadiz who were told that Marcos could not speak that day because he had to go to San Carlos City on some important business,” Quevenco said.

On the third occasion, Quevenco was asked to meet then presidential candidate Marcos at the Bacolod airport. Marcos was going to Victorias and he told him he wanted to sleep during the ride so he would be fresh when he arrived in Victorias. Soon, Marcos was fast asleep beside him in the car, Quevenco said.

During the ride, Quevenco said he waved to the crowd, pretending to be Marcos.

Quevenco said he refused further requests by politicians to double for the President because he had a family to raise.

Marcos did not forget him after winning the presidency in 1965. Quevenco got a telegram from the President, asking him to send his biodata and say what government job he wanted.

Quevenco said he did not ask for any job because he had an insurance business in Negros.

But during the inauguration of the new Social Security System building, then First Lady Imelda Marcos, whom he had invited to the event, asked him what she could do for him.

When Quevenco told her that he needed nothing as he was a manager of an insurance company, Imelda persisted so he asked her if his wife, Thelma, a teacher in Silay, could be transferred to the Government Service Insurance System (GSIS).

Sure enough, Thelma was called to Manila and was given a handwritten note from Imelda that said, “I hereby direct the appointment of Thelma Quevenco to the GSIS.”

“I started out as a casual employee and when the President saw me again he asked if I needed anything. I told him I would like to earn my promotion by merit,” Thelma said in an interview also in 2006.

But being a Marcos look-alike had its drawbacks, especially in the 1970s when the President became unpopular, Quevenco said.

He recalled that one day he was walking in a suit on Escolta, then the shopping strip in Manila, when a group of student activists saw him and chased him.

He said he ducked into a department store, bought a T-shirt, put it on, and then walked out of the store unrecognized.

On another occasion, Quevenco and his wife were being driven in a car to the Manila airport when someone noticed him. Then an angry crowd, thinking he was Marcos, surrounded the vehicle.

Thelma talked to the crowd, explaining in the Ilonggo dialect that the man with her in the car was not Marcos but her husband.

The crowd looked closer at Quevenco, then turned and walked away.

After that incident, Quevenco told his wife that he did not want to go to Manila again.

His body lies at the San Diego Pro Cathedral mortuary. Interment is tentatively set for Monday.