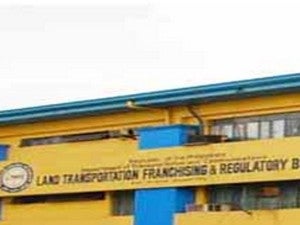 After James Deakin, a motoring editor for a news publication, made his petition public to install speed limiters on buses two months ago, Winston Ginez, Land Transportation Franchising and Regulatory Board chairman, has approved of his campaign.

A petition of 12,844 signatures compiled for over a month was handed to Ginez who gave in to the demands of the public of a safer commute inside public buses.

The Don Mariano bus accident on Dec. 16, 2013 that killed 18 people sparked Deakin to launch a petition that would mandate the LTFRB to install speed limiters on public utility buses.

“I did ask the chairman earlier in principle, would he implement this, he agreed to say ‘yes, my office would implement this,’” Deakin said in an interview with television stations.

Ginez said that his office was in talks with suppliers to “find the best technical solution.”

“In principle this is already a done deal,” Ginez said.

In his blog, Deakin said that one supplier indicated that a speed limiter costs $180 (P8,149.50) before duties and taxes.

Deakin, who also test drives exotic cars, added that the LTFRB are also looking into the most cost-effective way to implement the use of global positioning system trackers on buses, which would set off an alarm to a connected website if a bus exceeds the 80 kilometer-per-hour limit.

18 killed after bus falls from Skyway—police