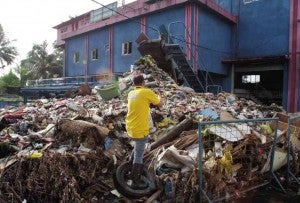 A property owner has asked the Supreme Court to stop the Quezon City government from collecting socialized housing taxes and garbage fees from residents, describing these as unnecessary impositions for basic services which the local government is required to provide.

In the petition filed in the high tribunal on January 17, Jose Ferrer Jr.—a resident of Kamias Road in Quezon City—said he also wanted to put a halt to the city government’s penchant for imposing fees “to pay for essential services that could be covered by its [tax collection], revenues from property, business taxes and internal revenue allotment (IRA) share.”

“If respondents are not prevented and restrained by this honorable court, [they may impose] taxes for other basic essential government services … in the future,” he added.

In his petition for a temporary restraining order, Ferrer asked the high court to declare as illegal and unconstitutional the two ordinances which allowed the city government to impose a socialized housing tax and garbage fee on residents.

He questioned the constitutionality and legality of the 2011 ordinance which imposed a 0.5 percent annual realty tax on property worth over P100,000.

According to the city government, the money would be used to implement socialized housing projects for informal settlers as mandated  by the Urban Development and Housing Act of 1992.

Ferrer, however, called the ordinance a “class legislation” that favored informal settlers over “law-abiding real property owners who pay income and realty taxes.”

On the other hand, the recently-approved garbage fee amounts to  “double taxation” because collecting trash is a primary function and duty of the city government that is funded by the various taxes it imposes on residents and its IRA share, Ferrer added.

Bautista approved on December 26 the ordinance imposing a yearly garbage fee ranging from P100 to P500 on all domestic households in the city.

“The revenue collection of the Quezon City government [was] boasted to be P13.69 billion in 2012; a small portion thereof could be spent for garbage collection and other essential services,” Ferrer said.

Ferrer pointed out that when he paid his realty tax on January 7, it already included the P100 garbage fee despite the fact that the ordinance authorizing its collection had yet to be published in a newspaper as required by the law.

In December, Bautista also approved a 10 percent increase in business taxes to generate an additional P1 billion for the construction of 500 to 600 classrooms for Grades 7 and 8 students.

Both ordinances, for the garbage fee and 10 percent tax hike, were authored by Councilor Victor Ferrer Jr. (not related to the petitioner).