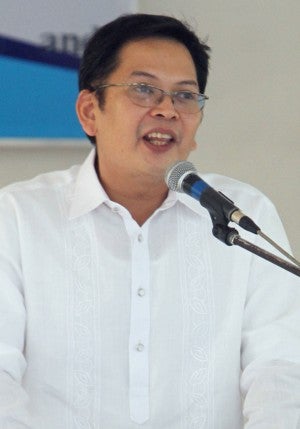 MANILA, Philippines—The days of the so-called “Big 17,” which is how a group of suspected smugglers is referred to at the Bureau of Customs (BOC), are numbered, according to customs officials.

These traders were behind the shipment of thousands of containers of imported goods, many of which were misdeclared and undervalued, costing the government billions of pesos in lost revenue.

Customs Commissioner John Phillip Sevilla expressed confidence that by next year, the BOC shall have stopped smuggling at the country’s ports.

In brief remarks at the BOC weekly flag-raising rites, Sevilla said “one year from now, I would like our countrymen to say that 2014 was the real start of big changes at Customs.”

Agaton Teodoro Uvero, customs deputy commissioner for the Assessment and Operations Coordinating Group, confirmed an Inquirer report that many of the big-time suspected smugglers had been operating at the BOC for years.

“I haven’t met anyone of them, but the 17 are the popular ones here,” Uvero told reporters.

He said “sooner or later, things will be a lot more difficult to play at the Bureau of Customs as reforms are slowly being implemented here.”

Under the agency’s intensified campaign against smuggling, Uvero said the agency would “have different approaches.”

He mentioned controls before the arrival of imported goods. “You’ll also have controls upon arrival with our X-ray technology, release management system and postentry audits. These are some of the control features under the Customs reform agenda.”

There will also be “reshuffling of personnel at the district level so that familiarity with the usual network will be controlled. That will take effect as soon as possible,” Uvero said.

Asked about former Customs Commissioner Ruffy Biazon’s preshipment inspection proposal, which aims to prevent misdeclaration of imported items, he said: “The question is, should we apply it on certain commodities even if they are containerized?”

“But it is one of the options we are looking at,” Uvero said.

The big players have been getting “special treatment” from old hands at the Department of Finance-attached agency in exchange for the so-called “tara,” or grease money.

Uvero, a licensed customs broker and former international trade consultant, described the traders as “smart,” stressing “you can’t just pin them down.”

“You won’t see their names in the importation documents. They also don’t deal directly with the bureau because they’re using dummy firms. The companies they are supposedly representing do not bear their names,” he said.

That is why, he said, “it’s really very difficult to go after them.”

At the BOC, there is talk that “a majority of the big-time players have temporarily stopped operations” and adopted a wait-and-see attitude.

Last weekend, BOC insiders furnished the Inquirer a list of big-time players, the supposed consignees and brokers of their imported commodities, among other data, from Jan. 20 to 23.

Topping the list is “Big Mama,” identified as a certain Bim Castillo, who allegedly facilitated the release of at least 32 shipments of mostly plastic resin, as well as plastic pipes and packaging materials. The various items were shipped to the country in 103 containers.

These traders can influence the volume of imports handled by the BOC, either by withholding or bringing in more shipments to help the agency meet its monthly collection targets.

More shipments arrive if the traders and their contacts at the bureau reached an agreement on the tara to facilitate the release of the imports, said another newly appointed BOC official.

Uvero said the big-time players were not the only ones giving the bureau problems.

“It’s true, there are only a few big players but they bring in thousands of containers of imported goods. It’s almost the same with small players who also bring in containers that run into thousands, some of which are also misdeclared and undervalued,” he said.