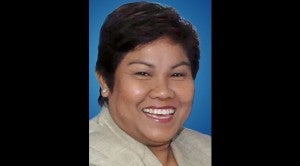 Malacañang said this on Friday, noting the widening demand for the removal of the unpopular official who is being blamed for the unprecedented power rate increases that the ERC allegedly approved.

According to Palace officials, the Akbayan party-list group’s filing of an administrative complaint against Ducut in the Office of the President for alleged “gross neglect of duty and incompetence” has given rise to the possibility of preventive suspension.

But since an administrative proceeding takes time, “voluntary resignation is an option,” said Communications Secretary Herminio Coloma, hinting that the Aquino administration would not stop Ducut from quitting.

Akbayan party-list members Walden Bello and Ibarra Gutierrez on Thursday filed a complaint against Ducut, accusing her of gross neglect of duty for not looking after the interest of consumers.

They said Ducut approved the record-high P4.15 per kilowatt-hour power rate increase requested by Manila Electric Co. (Meralco) without considering whether this was warranted.

They also asked that Ducut be preventively suspended while the charges against her are being investigated.

Asked if Ducut could voluntarily vacate her post, Coloma said the ERC was an independent body and that she may have a fixed term, so she cannot be removed.

“But there’s the option of voluntary resignation, and I think it’s being looked into by observers,” he said.

But as part of due process, Ducut will be given a chance to answer the charges in the Akbayan complaint, he said.

“There will now be a process to establish if there’s sufficient basis for the allegations against her. And it’s justifiable that she’s afforded a chance to explain her actions. So far what we have been hearing are allegations coming from the opposing side,” said Coloma.

In a statement on Friday commenting on the Akbayan complaint against her, Ducut said there was no irregularity in the agency’s approval of a staggered implementation of Meralco’s P4.15/kWh increase in power generation and other pass-on charges for December 2013.

“There was no irregularity in approving the clearance sought for the staggered generation cost-recovery of Meralco because the decision was made only with the end view of cushioning the impact on the electricity consumers,” Ducut said.

The amount of the automatic pass-on charges was computed based on rules that the ERC promulgated 10 years ago, she said.

The ERC chief said what the ERC approved on Dec. 9, 2013, was the clearance sought by Meralco to stagger the collection of its generation cost for the November 2013 supply month and not the P4.15/kWh rate increase.

The increase was calculated in accordance with the automatic rate adjustment (Agra) rules that has been in force even before she became ERC chief, Ducut said.

She explained that under the Agra rules, Meralco and all other distributors can calculate their monthly generation charges based on the formula incorporated in the rules. This enables them to immediately recover their allowable generation costs without incurring any carrying costs that are also passed on to consumers, she said.

“While I speak for the entire ERC as its chairperson and CEO, our decisions are ‘collegial’ and are based on law and regulations and not on my sole discretion, as some detractors would like the public to believe,” Ducut said.

She said she would not resign.

“The professionalism and reputation of the entire ERC organization is at stake here and I will not abandon but will lead my people to what is proper and appropriate. In my five years and seven months as chairperson and CEO of the ERC, the ERC has risen up through every challenge in the transition to an open and competitive electricity sector and delivered on its mandate,” she said.

On the allegedly slow pace of the probe into the alleged collusion among the power generators, Ducut explained that the ERC investigating unit was doing its best to come up with an impartial and comprehensive investigation report in two months.

“People have to understand that the task relegated to us is very complex as it is data-intensive. There are thousands of hours of trading intervals and price offers that need to be examined by the ERC-IU members,” Ducut said.

She said she would answer the Akbayan complaint as soon as she receives a copy from Malacañang.

“The ERC will not be drawn into any name calling, hasty and emotional statements, as we do not seek publicity nor self-serving positions or aspirations unlike some detractors who are using this issue for self-aggrandizement,” she said.

Ducut lamented that some sectors, in their “vile attempt to muddle the truth” of the Meralco price hike issue, have resorted to “dirty tactics” designed to enrage the public and subject her to “public ridicule.”

Getting rid of Ducut would not solve the problem of high power rates, said Sen. Alan Peter Cayetano.

“It’s a partial solution because others believe that the ERC has been negligent. But even if you appoint a new ERC chair tomorrow, the same system, the same players, the same conditions will be there,” he said.

The senator said the ERC has powers to regulate the industry, but the “system that we put in place doesn’t work,” he said.

“Even the ERC is itself a victim,” he said. With a report from TJ Burgonio