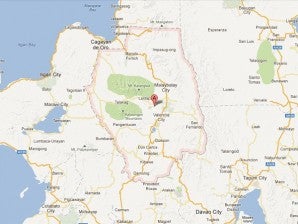 ILIGAN CITY, Philippines — Another broadcaster has reported coming under threat following his reporting on illegal logging activities in Bukidnon, the National Union of Journalists of the Philippines, said on Thursday.

The media group – which has been campaigning for an end to what it termed the culture of impunity against journalists – said Arthur Sapanghari Jr. of dxDB in Malaybalay City has reported that an unidentified man went to his home in Valencia City on Jan. 20.

The NUJP said in an advisory that the “visit” of the unidentified man followed several text messages sent to Sapanghari’s mobile number, which warned him about becoming the next Joash Dignos.

Dignos was the critical Maramag, Bukidnon broadcaster, who was gunned down on Nov. 29.

Sapanghari, vice-chair of NUJP Bukidnon, said the he suspected that threats were related to his report about the transport of illegally cut logs in Bukidnon.

The illegal logging issue in Bukidnon had always been at the center of threats or violence against those advocating against it.

In 1991, Malaybalay priest Father Nery Sator was gunned down amid his campaign against illegal logging.

Another radioman killed in Mindanao