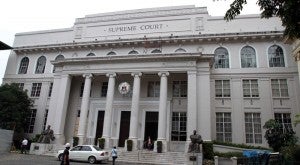 MANILA, Philippines—The Supreme Court has narrowed down to eight the issues that would be tackled in next week’s oral arguments regarding the power rate increase imposed by the Manila Electric Co. (Meralco).

The Court said Ocampo, Ducut and Petilla were invited to attend the debate “in view of the complexity of the issues material to the present consolidated cases which may require some technical clarification.”

When called upon, the three officials “are expected to be able to competently and completely answer questions related to, among others, their processes and procedures.”

Last Dec. 23, the high court issued a temporary restraining order on the increase, which was supposed to be enforced in three tranches.

The Department of Energy, ERC and PEMC, along with Meralco and other power companies, are respondents in the two cases filed by party-list congressmen and a consumers group, both of which questioned the validity of the rate increase.

A third case, filed by Anakpawis Party-list Rep. Fernando Hicap and other militant leaders, was separated because it raised an issue—the universal charge—that was not raised in the two earlier petitions, which only questioned the generation charge.

The Supreme Court instructed the parties in the case to limit their presentation during the oral arguments to the following issues:

— Whether or not the remedy that the petitioners availed of was proper;

— Whether or not the cases and issues raised were justiciable, or can be decided by a court;

— Whether or not the ERC, in approving the Meralco rate increase on December 2013, committed grave abuse of discretion by violating the petitioners’ rights to due process of law and by violating its (ERC’s) mandate under the Constitution and Republic Act No. 9136 or the Electric Power Industry Reform Act (Epira) to protect the public from anticompetitive practices and market abuse;

— Whether or not the amendment to Section 4(e), Rule 3 of the Epira’s implementing rules and regulations allowing automatic rate adjustments or increases to recover generation costs violated due process and the declared policy of the law; and whether or not ERC Resolution Nos. 10-01, 10-04, both series of 2004, and the Dec. 9, 2013 letter of the ERC were valid;

— Whether or not the automatic rate adjustments or increases to recover generation costs amount to a surrender by respondent ERC of its regulatory functions, in violation of Section 25 of the Epira;

— Whether or not Sections 6 and 29 of the Epira were unconstitutional in declaring that power generation and supply were not public utilities, and that their charges were beyond regulation by the ERC;

— Whether or not the TRO issued against Meralco should be lifted; and

— Whether or not the petitioners are entitled to the relief they are seeking from the court.

The Supreme Court ordered all parties to submit the names of the lawyers who will argue for them on or before noon of Jan. 20.

In the advisory, the Court gave the petitioners, intervenors, ERC and DOE, 30 minutes each to make their presentations before the justices. Meralco and the group of other respondents, mainly power suppliers and generating companies, were given 40 minutes each to defend their positions.

The interpellation by the justices will immediately follow after each presentation of arguments.