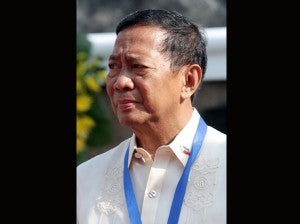 MANILA, Philippines—There are 60,000 houses targeted for construction by the National Housing Authority (NHA) for families displaced by Super Typhoon Yolanda over the next two years, Vice President Jejomar Binay said on Thursday.

Binay, who heads the country’s key shelter agencies, said work will begin in the initial eight project sites in Leyte and Eastern Samar this month. The entire two-year project will cover some 171 towns and cities in 14 provinces across six regions, he said.

According to the housing czar, the NHA housing units will be permanent relocation sites to replace the bunkhouses being constructed by the Department of Public Works and Highways (DPWH), which are transitional shelters for typhoon survivors.

He said the required 60,000 units—a figure based on DPWH data—could change as the NHA is still validating the number of partially and totally damaged houses and the number of affected families in need of relocation. The agency is also “identifying and evaluating potential resettlement sites,” Binay said.

“The NHA is also finalizing the design and costing of the houses to be built, as well as identifying build and no-build zones,” Binay said.

Meanwhile, the Home Development Mutual Fund (Pag-Ibig Fund) has earmarked P5.5 billion for the development of housing sites in 22 areas affected by Yolanda.

“The program will be implemented jointly with developers for the development of housing units valued at P450,000 each. Of the P5.5 billion, P1.5 billion will be used for development, while P4 billion is allocated as housing loan for members for a maximum term of 30 years,” Binay said.

Under this program, Pag-Ibig will give loans interest-free for the first six months to members from Yolanda-hit areas.

Binay also reported that some 8,624 housing units for victims of Tropical Storm “Sendong,” which hit Cagayan de Oro in 2011, were already 78 percent complete while 800 more were under construction.

The three-year program “outlines critical recovery interventions needed to support the Philippines to bridge from early recovery to rehabilitation while creating conditions for resilience-building and long-term recovery,” according to the UNDP.