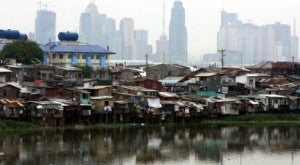 Bautista approved on January 9 the ordinance directing barangay officials and the local Task Force for the Control, Prevention and Removal of Illegal Structures and Squatting (COPRISS) to summarily evict persons, particularly members of professional squatting syndicates, who have been illegally building structures on public and privately-owned lots. The measure is to take effect 15 days after its publication in a newspaper of general circulation.

The measure also calls for the strict implementation of the Urban Development and Housing Act (UDHA) of 1992 provisions pertaining to measures “to identify and effectively curtail the nefarious and illegal activities of professional squatters and squatting syndicates.”

Under the UDHA law, professional squatters are individuals or groups who occupy lands without the express consent of the landowner and who have sufficient income for legitimate housing and those who have been awarded homelots or housing units by the government but sold, leased or transferred them to settle illegally in the same place or in another urban area, as well as “non-bona fide occupants and intruders of lands reserved for socialized housing.”

The ordinance approved by Bautista stressed the need for barangay officials to take the lead in stopping the construction of illegal structures and upholding the law, including the National Building Code.

It said, “The incessant nefarious activities of professional squatters and squatting syndicates, construction of illegal structures in both public and private lands in the barangay continue to proliferate to the great prejudice, damage, and disadvantage of the registered landowner and legitimate barangay inhabitants.”

The measure further cites the practice of unscrupulous people, who already own lots, of deliberately constructing illegal structures for profit on vacant registered lands within the barangays to lease out or sell without the consent of the legal owners.

While the practice of illegally occupying privately owned lots deprives their owners of the right to use their property, the illegal construction of structures on public lands affects barangay residents because community facilities such as health centers, school buildings, sports complexes, or multi-purpose halls could have been built on them, instead.

Under the ordinance, barangay chairmen and the local Task Force COPRISS are to “summarily evict all persons conducting an on-going construction of any structure in public and private lands within the territorial jurisdiction of Quezon City without the express consent of the registered landowner or the necessary building permit from the city government and to demolish such structure.”

The demolition should only be enforced on the conditions that: the construction is on-going; that persons involved in the operations wear proper identification; that barangay public safety officers and policemen are deployed to maintain peace and order; that the eviction or demolition is undertaken during the regular office hours, Monday to Friday, and during good weather; and that heavy equipment are not used in the demolition except where the structure cannot be destroyed with simple tools.

Under the measure, construction materials used to build an illegal structure are to be confiscated in favor of the barangay should the owner of the building fail to claim them within three days after the demolition.

After the operation is completed, the barangay chairman and the head of Task Force COPRISS are to submit a joint activity report to the office of the city mayor stating vital information and the circumstances surrounding the demolition.

Failure to comply with the ordinance would mean administrative sanctions or penalties under the Code of Conduct and Ethical Standards for Public Officials and Employees, the Anti-Graft and Corrupt Practices Act and other pertinent laws.

QC is most oppressive city government