Police ensure safety of Nazarene devotees over, under Jones Bridge 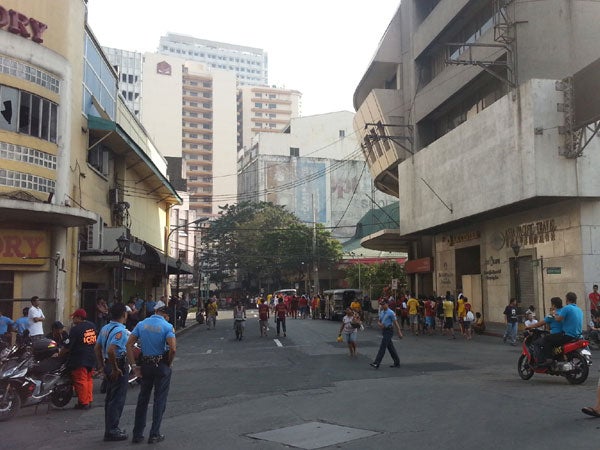 MANILA, Philippines – Although it has yet to happen, security personnel at Jones Bridge are not taking any chances as they made it part of their security plan to make sure that any Black Nazarene devotee who falls off the bridge during the procession will be saved.

“We are anticipating that someone might fall from Jones Bridge as the procession is passing through,” Superintendent Raymond Liguden, ground commander of the 400-strong contingent assigned at Escolta, said in an interview.

“We are expecting another 100 personnel from the joint task force of the Armed Forces of the Philippines,” he said.

Coast guard personnel on boats are on standby in the Pasig River just beneath the bridge.

Asked if there were devotees who have fallen off the bridge, Liguden said that they were anticipating every possibility.

“The Manila Police District has anticipated everything, that’s why we tapped every agency that can help us with this,” he said.

The route procession this year will pass over Jones Bridge before turning right into Escolta.

Asked whether the narrow Escolta Street could pose a hazard as devotees would funnel into it, Liguden said they could not do anything about its width.

“That’s expected depending on the number of the crowd following the Black Nazarene but the width of the Escolta is really just that wide,” he said.

Ambulances and fire trucks from the Philippine Red Cross are also on standby around the Escolta.

Nazarene security can’t get any better with four-legged guards