Nazarene security can’t get any better with four-legged guards 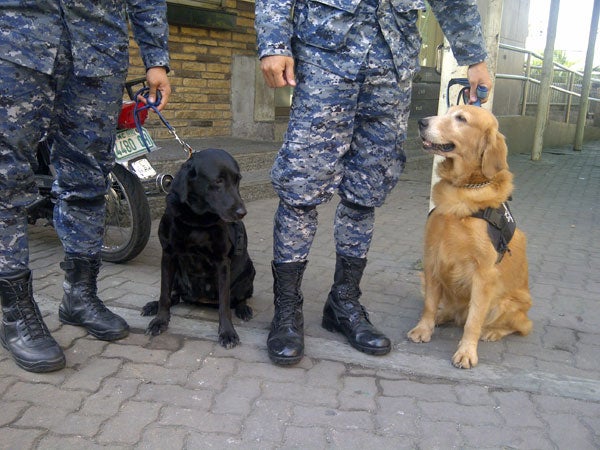 MANILA, Philippines –To ensure the safety of devotees during this Thursday’s Feast of the Black Nazarene, security teams do not necessarily require two legs, sometimes it pays to have four-legged companions.

This is why K-9 units were deployed in three areas – the Quirino Grandstand, Escolta and Plaza Miranda.

Aside from added security, the canine guards are helpful especially in detecting bombs, said  Petty Officer 2 Alfred Parreñas, head of the Coast Guard team in Escolta and whose watch started at 4:00 a.m.

The two dogs in Escolta, Juno a golden retriever and Stephie a labrador, were trained for nine to 12 months.