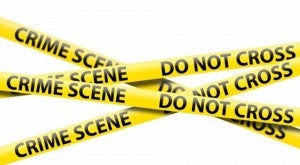 According to the radio report, the 31-year-old man jumped off the stairs in between the fifth and sixth floors of the St. Luke’s on E. Rodriguez Avenue around 12 noon.

Reports identified the fatality as the Jose Bordeos, a native of Masbate.

Bordeos was brought to the emergency room of the hospital but was pronounced dead soon after.

The report added that a relative of the victim said he had attempted to commit suicide prior to his death.

Suicides up in last 20 years in PH, mostly among young

Read Next
Manila City government suspends work for Black Nazarene feast
EDITORS' PICK
WHO says monkeypox is not yet a health emergency
Beyond the Chocolate Hills: A farm-to-table, heritage culinary adventure of Bohol
Guarding Sara: Why next VP is getting own security team
House energy committee chair Arroyo bats for cheap electricity
Metro Manila logged most number of new COVID-19 cases — OCTA Research
A massive highway complex makes living in the South highly attractive
MOST READ
2 foreigners die in Batangas
Bea Alonzo, under lie detector test, says she wants prenup agreement with future husband
Guarding Sara: Why next VP is getting own security team
Marjorie Barretto to speak up on Dennis Padilla, kids’ relationship ‘in time’
Don't miss out on the latest news and information.