‘Measles outbreak far from over’ 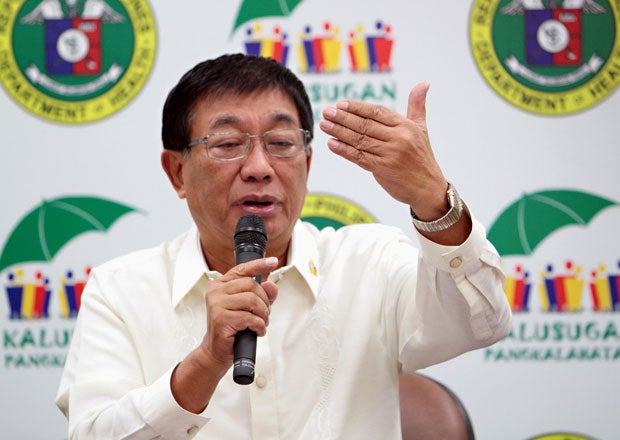 MANILA, Philippines—The measles outbreak in several districts in Metro Manila is far from over, health officials said on Monday, adding that the number of cases could increase further because the disease is “highly contagious.”

In a press briefing Monday, Health Secretary Enrique Ona said that because measles was a “highly contagious” disease, the government’s massive vaccination campaign may not be enough to prevent new cases from developing in the coming weeks.

Ona said that administering a vaccine did not entirely guarantee immunity from measles.

“You have to understand that, in medicine, there is no such thing as 100 percent. Like among 100 children, there may be two or three who would not develop antibodies,” the health official said.

City governments in southern Metro Manila are now resorting to house-to-house vaccinations after the Department of Health (DOH) declared a measles outbreak in several barangays (villages) in nine cities.

But Ona clarified that the DOH declared an outbreak whenever “there is more than one case (in an area) in two weeks.”

The latest DOH data on the National Capital Region (NCR) showed a total of 417 confirmed cases of measles recorded in 2013, which was 1,568 percent higher compared to the 25 cases recorded in 2012.

In an interview, Las Piñas health officer Ferdinand Eusebio said the city had been conducting “outbreak response immunizations, giving out vitamin A supplements, and going house to house to vaccinate children from six months to 59 months.”

The Muntinlupa city government has likewise embarked on a house-to-house vaccination program since December on top of the free vaccinations available at the Ospital ng Muntinlupa and in health centers, public information officer Tez Navarro said.

Asked about the possible cause of the upsurge, Ona cited the failure of some parents to have their children immunized or to complete the dosage of antimeasles shots.

“Some even refuse to have their children vaccinated for some reason,” the health chief said, adding that the measles vaccines were readily available and offered for free in local health centers.

Assistant Health Secretary Eric Tayag said that children below five years old must be vaccinated to protect them from measles.

On Monday, city health officers from Metro Manila were called to an emergency meeting by the DOH to discuss an expansion of its measles vaccination program as a response to the outbreak.

Meanwhile, the Taguig public information office said it had so far counted only eight measles cases the whole year in Barangay Lower Bicutan, and assured local residents that the city health office would continue to provide free vaccinations.

Despite the low number, it was still considered alarming because the area had zero cases of measles in previous years, explained Lito Laparan of the Taguig public information office.

Read Next
Nazareno procession to take longer due to revised route
EDITORS' PICK
Duterte praises military but slams police for poor discipline, corruption
COVID-19 cases surging in all regions and provinces, says DOH
Acer starts the year off strong with the Aspire Vero National Geographic Edition
DOH: Too early to say COVID-19 cases are declining
The best of bayside and city living at SMDC’s Sail Residences
Over 3 Million worth of prizes to be won at Smart Padala’s SENDali Manalo Promo!
MOST READ
Marcos Jr. visits Cebu, stands as ‘ninong’ to mayor’s son
Duterte praises military but slams police for poor discipline, corruption
Djokovic has to comply with rules to go to Spain, PM says
Comelec junks petition to scrap Bongbong Marcos COC
Don't miss out on the latest news and information.