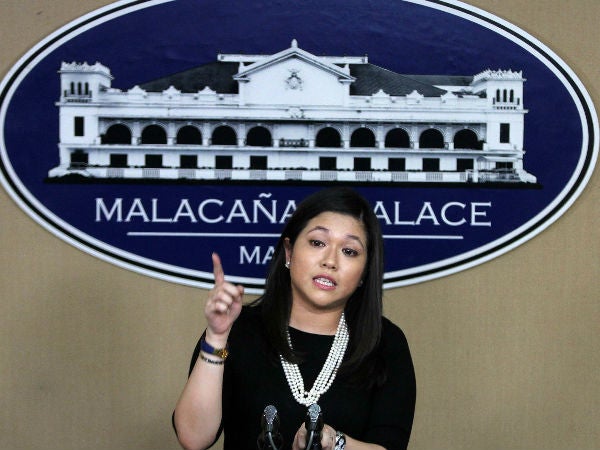 MANILA, Philippines — Newly appointed Customs Commissioner John Phillip Sevilla and Deputy Commissioner for Intelligence Jessie Dellosa are  expected by Malacañang to uncover the identities of the operators of big-time smuggling syndicates at the Bureau of Customs, a Palace aide said Saturday.

“You know, both of them are new to their posts. I think let’s give them time. I understand that… they were appointed, perhaps, a month or two months after each other. And they have… admittedly, a lot of work to do,” Palace spokeswoman Abigail Valte said. “Let’s give them an opportunity to form their own team, and for them to fulfill the mandate given to them by President Aquino.”

Valte made the remarks in a radio interview, in which she was asked if Sevilla, a former finance undersecretary, and Dellosa, a former military chief, could work together to cleanse the bureau of well-entrenched smugglers and their protectors.

She said the BOC leadership was looking into irregularities that had been reported in the papers and would identify  “Big Mama,” “Ma’am T” and “Mr. T,” purported aliases of big-time smugglers operating in the bureau.

“They (Sevilla and Dellosa) are all taking note of everything that comes out—of all the reports that come out,” she said.

Asked to comment on an inquirer report about the proliferation of smuggling syndicates at the bureau, Valte said the matter was part of the investigation launched by “our new team.”

“So let’ just give them time to start doing their job,” Valte added.

The Inquirer reported that under-the-table deals among examiners, appraisers and other frontline personnel and big-time traders were the causes of the bureau’s failure to meet its revenue collection goals.

A newly appointed BOC official, who spoke on condition of anonymity, told the Inquirer that among the traders or their fronts were three people whom insiders called “Big Mama,” “Ma’am T” and “Mr. T.”

The official claimed that “these players make a lot of people at the Bureau of Customs happy with regular payoffs in exchange for the undervaluation of their imported goods.”

The source assailed a fellow official who, he claimed, interceded on behalf of one trader in an operation that resulted in millions of pesos in revenue losses to the government.

Valte said President Aquino had displayed his “impartiality” when dealing with crooked officials in government, citing several political allies who had been haled to court by the government despite their closeness to Malacañang.

She said that even in the pork barrel scam, some political allies were named respondents in the complaint filed by the National Bureau of Investigation at the Office of the Ombudsman.

She said that this could be the “best evidence of the administration’s impartiality,” and that Sevilla would be able to surmount the obstacles vis-à-vis the “demons” in the graft-ridden bureau.

In an interview with the Inquirer on Thursday, Sevilla seemed convinced that the bureau was one of the most corrupt government agencies.

“If I were to believe all the text messages that I get, everybody here has four horns and two tails,” Sevilla said in Filipino in an exclusive interview.

Sevilla said he had received many reports about irregularities  involving customs personnel, but stressed it was “important I should not get emotional about this.”

“What am I going to do, fire everybody?” he said, adding,  “I know I can’t resort to that even if I had the power, which I don’t. You can’t just stop BOC operations for one week then look for their replacements.”