US help sought on Fil-Am tied to Mexican cartel 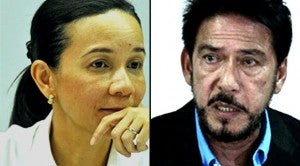 The Philippine National Police (PNP) is coordinating with the United States Drug Enforcement Agency (DEA) to locate the Filipino-American who is alleged to be the conduit of the Mexican Sinaloa drug cartel here and who has reportedly left for the US, a police official said Friday.

The alleged liaison has been identified as Jorge Gomez Torres, a cockfighting aficionado who leased the Batangas property that was turned into an illegal-drug storage facility that yielded P420 million worth of shabu (or methamphetamine hydrochloride) during a Christmas Day police raid.

“It’s a big possibility that he (Torres) is the contact. He left for the US the second week of December,” said Chief Insp. Roque Merdegia, the spokesperson of the PNP Anti-IIlegal Drugs Special Operations Task Force (PNP-AIDSOTF), in a phone interview.

But Torres’ whereabouts in the US have yet to be established, he said.

Aside from Torres, police are also hot on the trail of the other conduits of the Sinaloa drug cartel, Merdegia said.

In separate interviews, Merdegia and a military intelligence source said the Sinaloa drug cartel was not exactly a well-entrenched syndicate in the Philippines.

Instead, it is just among the several foreign organizations doing business in the international drug trade that has established a business network in the country, a military source said on condition of anonymity.

“It’s one of the groups that enters the country but it doesn’t really have a very big clout here. It is not well-entrenched but it has dealings with the drug syndicates here,” said the source who is an intelligence officer.

Authorities have been hot on the trail of a local drug syndicate that is known to have had connections to the Sinaloa drug cartel since five years ago, the source said.

Merdegia also denied allegations that the police operatives who raided the LPL Ranch at Barangay Inosluban in Lipa City stole chickens from the cock farm.

“Our search warrant only covered the house. I am sure nothing went missing in the compound. We have a certificate of orderly search which was witnessed by two local officials,” he said.

Leviste to be questioned

The Department of Justice said it will ask former Batangas Gov. Jose Antonio Leviste, a homicide convict freed on parole last month, if he knew that his property, the LPL Ranch, was being used by a Mexican drug cartel.

Justice Secretary Leila de Lima said if it’s proven that Leviste knew that his property was being used by the drug syndicate, particularly the Sinaloa drug cartel, he may have to face charges.

“It could be a criminal offense. It can be a ground to withdraw the parole [given to him],” she said.

State prosecutors are still establishing if the LPL Compound in Lipa City was really owned by Leviste and being rented out to the three suspects who were caught with the shabu during the police raid last Wednesday.

“They (prosecutors) will issue a subpoena duces tecum for the production of lease contract on the property where the alleged shabu laboratory was found,” De Lima told reporters.

According to De Lima, Section 30 of Republic Act No. 9165, or the Comprehensive Dangerous Drugs Act of 2005, holds criminally liable as co-principal the partners and officials of any juridical entity that “consents to or knowingly tolerates or authorizes the use of a facility to violate the antidrug law.”

De Lima said she also would like to know from the state prosecutors why only the three people who were caught during the raid were charged, “when the Philippine National Police says it’s a Mexican syndicate that’s behind it. They (police) should also charge them (the Mexicans). We’ll be expecting a formal referral from the PNP.”

Senators on Friday expressed concern over the entry into the country of the Mexican Sinaloa drug cartel, reputed to be the most powerful drug organization in the world today.

The Sinaloa cartel kills not only police officials but also judges in Latin America, said Sotto, a former chair of the Dangerous Drugs Board and an anti-illegal drugs advocate.

“The government should prioritize this. Prosecution, enforcement and preventive education should be primordial over all other concerns,” he said.

Sen. Grace Poe, the chair of the Senate committee on public order and dangerous drugs, wants the PNP and the Philippine Drug Enforcement Agency to brief the Senate on the Mexican cartel’s presence in the country so the legislators are informed as to what they would need to “provide our authorities [with] what is needed to respond adequately.”

“This menace needs to be nipped in the bud as it is a real threat to our society,” she said.

Poe said the briefing would be done as soon as the committee can muster a quorum, even before the congressional sessions resume in January.

Sotto said the P420 million worth of methamphetamine hydrochloride seized from the Sinaloa cartel’s alleged base in Batangas barely scratched the surface of the multibillion-peso illegal drug trade in the country.

According to Sotto, there are approximately 1.6 million drug dependents in the Philippines, half of whom use shabu.

Following Sotto’s formula, shabu sales in the country would reach more than P77.76 billion a year.

“These thugs are even richer than the government of the Philippines,” Sotto said.

The Bureau of Immigration on Friday said it has not been remiss in its duty  to keep foreign drug lords away from the Philippines.

“[We are] ready to deport any foreign national involved in the illegal drug trade upon orders from the courts or the Department of Justice,” Immigration Commissioner Siegfred Mison said in a statement.

“Consistent with our ‘good guys in, bad guys out’ policy, foreign nationals who want to stay here in the Philippines must respect our laws; otherwise, they face the consequences of their actions.  Drug traffickers are unwelcome in our country. They are a scourge of every country in the world,” Mison said.

Mison said that the bureau was in “constant touch” with the International Criminal Police Commission (Interpol), which provides information on foreign nationals with criminal records in their home countries or those included on the watch list of countries.

Those on the watch list or with criminal records are automatically disallowed from entering the Philippines. They are immediately kept in custody while waiting for summary deportation proceedings against them.

Diplomatic officials are also alerted about the presence of the subject foreign national. Foreign nationals with criminal records are apprised of their rights and are given counsel by their own diplomatic representatives, said Mison.

Persons included in the international watch list, such as members of international drug syndicates or terrorist groups, are taken into custody until they are turned over to the proper authorities, Mison added.

The board of immigration is the body tasked by law to determine whether to deport a foreign national or not.

Immigration officers are trained and always on alert especially during the holidays when a big influx of foreign visitors and balikbayan are expected to fill most airports and seaports in the country.

In the know: Sinaloa drug cartel