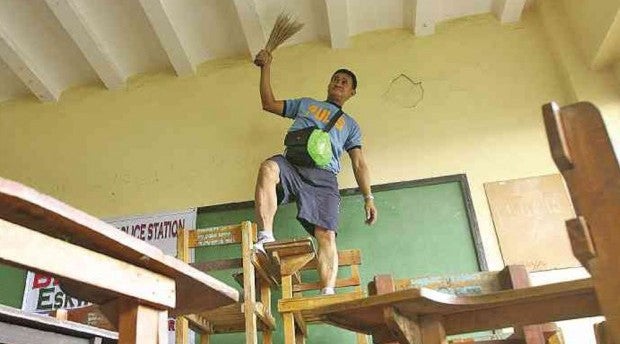 The Commission on Audit (COA) has hit the Department of Labor and Employment (DOLE) for delaying the payment of salaries to 36,702 poor working students in 2012 by up to 15 months while checks became stale or unreleased.

In the 2012 value for money audit report, the COA reminded DOLE that under the rules, payment should be released to student claimants within 11 days. The delayed checks held amounts totaling P82.574 million.

The report, released this month, said the students were hired under DOLE’s Special Program for the Employment of Students (SPES) which was started in 1992 by then President Corazon Aquino.

Program for the poor

Under the program, poor but deserving students will be tapped to pursue their education by providing them with jobs during summer breaks or Christmas vacations. The government, through DOLE and its regional offices, shoulder 40 percent of the students’ wages.

According to the report, DOLE’s total share amounted to P233.38 million but COA discovered that 36,702 checks (one per employed student) were not released on time with delays reported for up to 474 days.

The COA said such a delay adversely affected the program’s objective which was to ensure that poor students would be able to continue their education.

Among all regions in the country evaluated under the value for money audit, the regions with the highest number of students affected by the delay were noted in Region 6 (Western Visayas) with 5,266; National Capital Region (Metro Manila) with 4,924; Region 11 (Davao Region) with 4,420; Region 13 (Caraga) with 4,224; Region 2 (Cagayan Valley Region) with 3,757; and Region V (Bicol Region) with 3,752.

The same report also revealed that at least 988 students were not paid based on the P2.213 million worth of checks that went stale while 3,841 more students appeared to have lost interest in collecting what was due them as shown checks worth P7.63 million listed as “unreleased/unclaimed.”

However, auditors noted that DOLE has not reverted the amounts in the stale check to the cash accounts as required under the rules.

COA said DOLE’s regional cashiers and accountants complained that they could not cope with the volume of payment claims under the SPES program, particularly when some were submitted with incomplete documentary support.

Also, some P7.31 million SPES funds were spent on activities and items outside the scope of the program.