The ‘Belen’ is here to stay 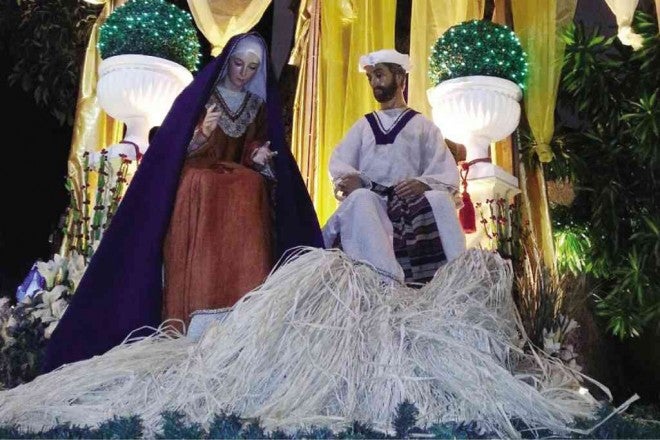 No Christmas celebration goes well without the following lyrics being sung by cherubic boys and girls: “Away in a manger, no crib for a bed; the little Lord Jesus laid down His sweet head.”

The lyrics describe the Nativity scene, more known in Tarlac province as the “Belen,” which is the tale of a birth that has become the foundation of Christmas in the Christian world.

Tarlac Christmases have always been tied to the Belen. Through the annual Belenismo Festival, Tarlac residents were able to recreate the Belen, evolving monumental images of Christ’s birth and even the tiniest diorama that portrays the Three Kings seeking out Baby Jesus in the manger.

So Tarlac took it bad when festival organizers decided to cancel the Belenismo Festival for 2013. This means no contest for the best and most creative Belen nor an elaborate awards night to be graced by the President of the country.

The absence of the festival this year has baffled residents.

The festival was started in 2007 by the Tarlac Heritage Foundation headed by Dr. Isabel Cojuangco-Suntay.

But the bad news has not stopped commercial establishments and government offices in the province from decorating their buildings and offices with representations of the Nativity scene.

For Marilyn Lilagan, the sight of Belen along the highway evokes good feelings. A livestock specialist from Balungao town in Pangasinan, Lilagan would often gaze at the displays during her travels through Tarlac.

Lilagan said she was surprised that no festival was taking place this year, but the displays put up by businesses made up for its absence.

“It’s like it’s still there…. At least the people sustained it on their own,” she said.

Tarlac had been holding the Belenismo Festival for five straight years. President Aquino, a Tarlaqueño, had guested in two of these festivals to honor the best Belen.

Victoria bested many Tarlac towns for featuring the most monumental Belen for three festival years. Without the festival, Victoria Mayor Candido Guiam III said the local government put up smaller Belen displays to celebrate the season.

“A Belenismo without the competition is more meaningful,” Tarlac City Councilor Noel Soliman III said. “To put up a Belen as an act of faith brings more the true meaning of Christmas. I really do not mind having a Belen-making contest but I appreciate it better when people do this in the spirit of celebrating the season,” he said.

Elmer Bulaon, an engineer, had been the project leader of Belenismo Festival, in coordination with the Tarlac Heritage Foundation. He said he missed the frenzy of activities that the annual event required, beginning in August or September, when the call for participants was sent out. But he said he was glad to see that people had sustained the tradition.

“Tarlac has the skill and craftsmanship to produce sculptures. Maybe in time, we will be making our own moulds and sculptures and set up locally made Belen,” he said.