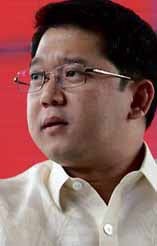 To help typhoon-ravaged communities in Leyte province get back on their feet, the Quezon City government has set aside an initial P10 million to pay residents in three towns who will be hired in ongoing recovery and rehabilitation efforts.

The city government also pledged 100 motorized boats to be donated to fishermen who lost their vessels at the height of Supertyphoon “Yolanda” in November.

In a statement Sunday, Quezon City Mayor Herbert Bautista, who personally supervised the city’s humanitarian mission from Dec. 16 to 20 in its “adopted” municipalities of Tolosa, Sta. Fe and Palompon, said local workers should be hired for the reconstruction of school buildings, municipal halls and health centers, as well as for road-clearing and maintenance operations.

The P10 million would form part of the city’s cash-for-work program in the three towns and “will be replenished as the need arises,” Bautista said. The amount is on top of the P50 million donated by Quezon City to 44 Yolanda-affected provinces.

Also on Sunday, the Valenzuela City government pledged continuing assistance to the towns of Basey and Marabut in Western Samar, where it had conducted two relief missions. A third mission is being planned for January next year. 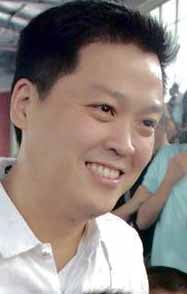 “From the outset, I have said that our help for Basey and Marabut would be a sustained effort. We would send whatever help we can until they are finally back on their feet again,” said Mayor Rexlon Gatchalian.

In the first mission, Valenzuela sent a 50-member contingent that included five doctors, five nurses, 13 police officers and 14 rescuers, and brought 16,000 food packs and P1.3 million worth of medicines.

The first team reported that the homeless in Basey and Marabut could do nothing but walk all day to look for shelter, Gatchalian noted. In response to this observation, the second relief mission that was sent days later brought tarpaulin sheets and other construction materials for the setup of temporary shelters.

The second mission, this time involving 31 people, built two bunkhouses in Basey and Marabut, and distributed 2,000 sheets of tarpaulin in other areas.

The sheets and relief goods were donated by residents and civic groups in Valenzuela. The second relief mission also distributed an additional 2,400 food packs, 2,000 sets of mosquito nets, 9,850 packs of used clothes and 4,000 pairs of slippers.

The city government also donated P1 million to Western Samar’s rehabilitation efforts and a total of P16.9 million to

seven other provinces, five cities and 11 municipalities in Palawan province and the Visayas.—Jeannette I. Andrade and Nathaniel R. Melican

Read Next
Did you know: New Year-related injuries
EDITORS' PICK
97% of COVID-19 beds at PGH currently occupied
Gear up and get ready to play with Yamaha Mio Gear
Acer starts the year off strong with the Aspire Vero National Geographic Edition
Japan brings back virus restrictions over Omicron surge
Over 3 Million worth of prizes to be won at Smart Padala’s SENDali Manalo Promo!
Uproar over no vax, no ride policy: Maybe it’s time for gov’t to say sorry—Bello
MOST READ
1Sambayan names 7 aspirants in its 2022 Senate lineup
Emma Stone calls Andrew Garfield a ‘jerk’ after he ‘lied’ about his ‘Spider-Man: No Way Home’ appearance
Guevarra to Acosta: Obey rules on unvaccinated
PH to import 60,000 tons of fish to cover shortage
Don't miss out on the latest news and information.