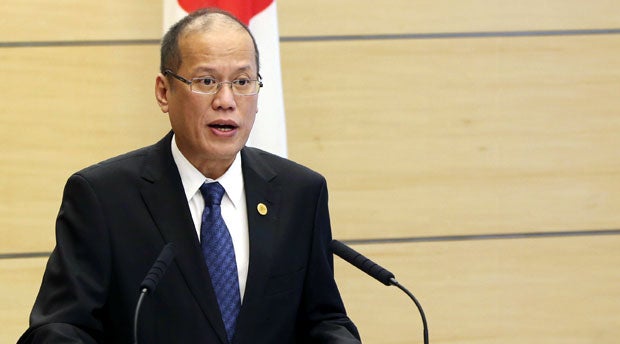 TOKYO – President Benigno Aquino III is not happy with the recent killings of journalists but won’t label them a “national catastrophe.”

Aquino said he believed the solution to all killings lay in strict law enforcement, gun control and an efficient judicial system.

At least 27 media persons have been killed during the three-and-a-half years of the Aquino administration.

Meeting with Filipino journalists over coffee here late Friday, the President was asked why the killings seemed to thrive under his leadership and if he would consider them to have reached the level of a national catastrophe.

The killing of three journalists in Mindanao in the past two weeks was “no less than a war against the media” that needed immediate action, said Carlos Conde, HRW Philippine researcher.

Reporters Without Borders and the European Union delegation to the Philippines also issued statements condemning the attacks and urging the government to take decisive action.

The call for more action against media killings came after Rogelio Butalid, a block-timer at 107.9 FM Radyo Natin, was shot dead by a gunman in Tagum City, Davao del Norte, on Wednesday, shortly after he ended his radio program.

The night before, unidentified men shot and wounded Jonavin Villalba, a radio reporter, in Iloilo City.

A week earlier, another radioman, Joas Dignos, was killed in Valencia City, Bukidnon.

Aquino said he wouldn’t be treating this as a national trend unless “somebody can say that there is some sort of an established policy to kill a journalist of this particular position, mentality.”

He said a “correlation” must first be established: “What’s common among (the killings) besides (the reality) that somehow they are connected to media.”

“Now if you don’t identify the problem correctly, you will not come up with a solution. The point is… we are 95 million Filipinos. It’s difficult to see the intent, especially for those… some might really be wanton and merciless and totally wrong,” he said.

He said, however, he was reserving comment on specific incidents “because I don’t know yet what led to this incident.”

“But, I think, the first thing that we have to do is… this is a crime, or any crime for that matter, you commit under this administration, we will be dead set to get you,” he said.

He said he was open to creating special courts to hasten the prosecution of murder cases involving media persons.

“I think the most we can do is a request (for additional courts) because the creation of these courts will have to be under the Supreme Court,” he said, adding that “justice delayed is justice denied.”