4 suspects tagged in killing of broadcast journalist in Tandag City 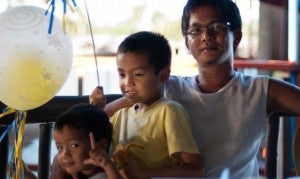 SAN FRANCISCO, Philippines — Police authorities in Tandag City have announced that they have identified four suspects in the December 6 killing of broadcaster Michael D. Milo.

However, a police news release coursed through the Philippine Information Agency did not identify the suspects “pending further action.”

Milo was driving his motorbike on his way home after hosting his daily radio program over dxFM when shot by three men past 4 p.m.

He was rushed to a hospital but was pronounced dead before doctors could treat him.

King dela Rosa, the station’s operations manager, said Milo had told him he had been receiving death threats on his cellular phone. Milo, however, did not say who he thought was threatening him.

But a friend of the broadcaster said a policeman — who was suspected to be having an affair with Milo’s wife — had been threatening the broadcast journalist.