Government to review use of Malampaya fund 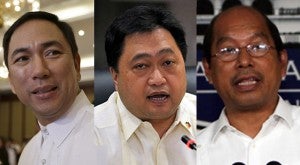 In a report at the website of the Philippines News Agency, Aquino tasked Energy Secretary Jericho Petilla, Finance Secretary Cesar Purisima and Budget Secretary Florencio Abad to review the usage of the Malampaya fund.

“I’ve tasked them to review the possibility of using the Malampaya funds to cushion the impact, or provide subsidy to the public transport sector until February to prevent a fare increase,” Aquino said.

Aquino issued the directive in his speech at the Department of Labor and Employment’s 80th anniversary program on Monday.

Aquino said that he expects the three secretaries to present the proposals before he leaves for Japan.

The report also quoted the President as saying that he could not determine whether the subsidy would apply to electricity bills of Metro Manila households and neighboring areas.

Manila Electric Cooperative (Meralco) has increased its power rates to P3.50 per kilowatt hour, the highest to date in the country.

The increase resulted from the maintenance shutdown of the Malampaya natural gas facility in Palawan where Meralco’s suppliers get their fuel.