Can lawmakers survive without pork? 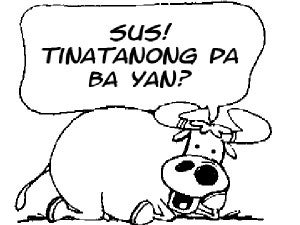 Can the swine-loving legislators survive on a pork-less diet? Yes and no.

Faced with the prospect of no pork at all in 2014, some junior senators said it really was “for the better” because they could then explore other ways to fund their projects, as well as focus on their main job of legislation.

“It’s better because even before we use it, it’s gone. We will get used to going about governance, fulfilling our advocacies without this money,” said Sen. Paolo Benigno “Bam” Aquino IV.

But some of the more recalcitrant members of the House of Representatives apparently cannot get over their gluttonous appetite for the extremely lucrative but now outlawed perquisite.

Oriental Mindoro Rep. Reynaldo Umali, a member of the ruling Liberal Party (LP), is intent on filing an impeachment complaint against certain unnamed Supreme Court justices for alleged “judicial despotism” in voting to outlaw the legislators’ Priority Development Assistance Fund (PDAF), the official name of the pork barrel, and for ruling that an LP member, Regina Reyes, was disqualified from sitting as the Marinduque representative.

Umali—who gained notoriety during the impeachment trial of deposed Chief Justice Renato Corona as the prosecutor who, when caught in possession of illegally obtained documents, claimed that an identified “little lady” had handed him the documents in an envelope—said on Thursday he was canvassing support from one-third of 289 House members, the number needed to initiate an impeachment complaint.

He believes he will get the 99 signatures, adding that, many presumably pork-loving House members are upset over the high court’s decisions, particularly the one that declared the pork barrel a notorious source of kickbacks for many corrupt legislators, unlawful.

The Senate version of the 2014 budget bill is P3.2 billion less than the House-approved P2.268 trillion. The P3.2 billion represents the total PDAF of 15 senators, including five of the six junior senators, and the  P200 million pork allotment of  Vice President Jejomar Binay that were deleted from the budget.

Sen. Francis Escudero, the finance committee chair, said the Senate would stand by its largely “pork-less” version of the bill when the two chambers meet in the bicameral conference on Monday.

Call of the times

“I think we came to a crossroads in our history and we chose to let go of a system which is flawed and is shown to be prone to corruption. So moving forward, we’re better off without it,” said Bam Aquino, a cousin of President Aquino.

“It’s the call of the times,” he said, adding that though he had a number of entrepreneurship programs in mind when he ran for the Senate in May 2013, waiving his pork entitlement in his first year in Congress wasn’t that tough.

Like Aquino, first-termer Senators Grace Poe and Nancy Binay were among the first to inform the finance committee that they were waiving their P200-million PDAF.

“It’s not [difficult waiving it],” said Nancy Binay, a daughter of the vice president.

“I don’t miss it because we’ve never experienced having it,” Poe said in a text message.

Given recent allegations that she had misused her PDAF when she was a congresswoman, Sen. Cynthia Villar, another first-termer, said it would be better if she waived her pork barrel, although she disagreed with the Supreme Court ruling that it was unconstitutional.

Villar said she had put her PDAF to good use for nine years as Las Piñas representative, but was ready to give it up. She denied misusing her pork barrel funds.

“Sometimes you try to do your best to use your pork in an efficient manner, but they don’t appreciate it. So you might as well give it up, so there will be no issues anymore. It’s better this way,” she said.

“Giving it up seemed the right thing to do given what the PDAF scam [has] exposed,” said Sen. Juan Edgardo Angara, a former Aurora representative.

“That there were weak safeguards against corruption in the PDAF system where lawmakers were given maybe too much discretion and there wasn’t much transparency in letting the public know where the money was going,” he added.

Senators Jinggoy Estrada, Ramon Revilla Jr. and Juan Ponce Enrile are facing a plunder complaint before the Ombudsman over allegations that they were participants in the P10-billion pork barrel scam allegedly masterminded by detained businesswoman Janet Lim-Napoles.

In a special audit of the PDAF, the Commission on Audit reported that P6.2 billion in pork was transferred to 82 nongovernment organizations from 2007 to 2009, including at least eight that had links to Napoles.

Senator Ejercito will miss his pork

Unlike his first-term colleagues, Sen. Joseph Victor Ejercito, the son of convicted plunderer and deposed President Joseph Estrada, is not giving up his P200-million pork entitlement, opting to assign it to the calamity funds in the 2014 budget in the wake of the devastation from Supertyphoon “Yolanda” in the Eastern Visayas.

A former representative of San Juan, Ejercito admitted that he will miss the discretion he used to exercise in being able to use his pork barrel funds for projects to benefit his constituents.

“When mayors and governors visit you, it’s a good feeling right then and there if you could commit to give funds and projects,” he said in an interview.

“Now it will be a different ball game. We just have to get used to it. Now that it’s abolished, we have to become pure legislators,” he said.

Angara said one could still be an effective legislator by “pushing for causes through legislation and by using oversight powers to effect reforms in current policy.”

Besides, the new senators said there were other ways that they can pursue their projects and advocacies without the pork.

For one, Villar pointed to a facility in the budgets of the departments of trade, agriculture and science that could be accessed by people who are in need of manufacturing equipment.

“What you have to do is find out what the budgets are of the national government which you can access, and teach them to write letters to them,” she said.

There are similar facilities for scholarships in the budgets of different departments, Villar said.

“Before I decided not to utilize our PDAF, my plan was to use it to support a standard lunch program in schools that have the most number of severely wasted and malnourished children,” said Poe.

Now that she has waived her pork, the senator said she has met with Ateneo de Manila University’s Blue Plate Board and Jollibee to “learn ways to cost-effectively, transparently maintain a feeding program.”

In the 2014 budget, Poe said she has proposed a line-item budget for the Department of Education to support some 7,000 “severely wasted” children in public schools.

“We’re creative enough and innovative enough to find ways to push for our programs and advocacies without that money,” said Aquino.

The pork barrel would have been a “big help” for the country’s impoverished, marginalized sectors, said Ejercito.

“But we can survive without PDAF,” he said. With Leila Salaverria