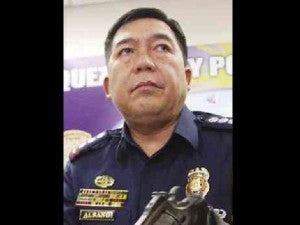 MANILA, Philippines — The father of the 20-year-old Ateneo de Manila University (AdMU) student who was reported to have been kidnapped last month, assailed the Quezon City police for dismissing the report as a “simple tale” on Wednesday.

The 48-year-old businessman, who asked not to be named for security reasons, lashed out at the Quezon City Police District (QCPD) director, Chief Supt. Richard Albano, for announcing that his daughter’s seven-hour captivity, after she was grabbed by four armed men from the car park of the AdMU campus in Loyola Heights and driven around the eastern part of Metro Manila in her car while she was being robbed, was a fabrication.

“We are victims here,” the 48-year-old businessman told the Philippine Daily Inquirer, adding, “For a father to have experienced this is a nightmare.”

The businessman said that it pained him that his family has been accused of lying about his daughter’s ordeal, saying that he, himself, had negotiated with his daughter’s kidnappers.

He said that he did not know why his daughter, a graduating student, was targeted by the criminals, given their middle-class background.

“She (the victim) had gone to school then (November 21) to submit a paper. She was only supposed to be there for 15 minutes when it happened,” he added, stressing that the car his daughter drove was not even high-end.

The businessman said that he and his wife found out that something was wrong when they received at around 7 p.m. of November 21 a phone call from a man who introduced himself as their daughter’s worried professor. “The man on the other end of the line claimed that my daughter appeared to be in distress and that she had been asking if she could borrow some money. He said my daughter was sitting on the steps of Xavier Hall,” he said, adding that the “professor” also informed him that the call was in his daughter’s behalf.

He told the Philippine Daily Inquirer that when he started to notice inconsistencies in the “professor’s” statements, he told the man off and demanded to know where his daughter was. The “professor” hung up and it was then that it occurred to him that his daughter had been abducted.

He and his wife immediately proceeded to the Camp Crame-based anti-kidnapping group (AKG).  It was there at a little past 10 p.m. that he received a text message from his daughter’s mobile phone, which went, “Pa, P250,000 for me. Cubbao (sic) Jolibee (sic). Alone.” It was then that his worst fear was confirmed, his daughter had been kidnapped.

“I replied that I did not have that kind of money and asked that they wait until I could find a way to come up with it,” the businessman said, adding that he managed to haggle the ransom down to P30,000, which the kidnappers agreed to. By that time, he and the AKG operatives had located his daughter’s mobile phone at a 24-hour convenience store in Marikina City.

“I asked my relative, who lives in Marikina City, to check at the store if her (the victim’s) car was at the location and he confirmed seeing it being driven around the area with its headlights off. He said that my daughter had several people with her in the car. My relative lost track of the car and by the time I arrived at the site with the AKG, the car had disappeared,” he said.

The businessman said that at around 1 a.m. of November 22, his mother-in-law relayed the information that she received a phone call from his daughter. “She said her car had broken down at a gasoline station in Manggahan, Pasig City, and that she would be waiting there,” he recalled. When they got there, he found his daughter inside the convenience store, calmly speaking with a gasoline station attendant.

The kidnappers allegedly left her unhurt at the gasoline station without waiting for any ransom although they had robbed the Ateneo student of P2,000 cash, jewelry, her mobile phone and her pocket wifi.

“It was a miracle my daughter was not hurt. The kidnappers somehow listened to my pleas that she be released without being harmed,” he said.

His daughter narrated that she was overpowered by four armed men just as she was about to get in her car at the AdMU north carpark and drive home. A ski mask was pulled over her head after she was pushed into the backseat and was sandwiched between two men. The mask was later replaced with her emptied canvass bag, which was pulled over her head. The men then drove her car while allegedly taking her valuables and constantly threatening to kill her if she did not cooperate.

He said that he was glad that his daughter was able to bounce back several days after the kidnapping and attend her classes. “The incident happened on a Thursday and she was able to go back to school by Monday,” the businessman told the Inquirer.

“We work hard to get her through Ateneo. We are just middle class. We are not rich. Then they (police) say we are lying,” the businessman lamented, adding he would not want this crime to happen to anybody else and wishing no parent would have to experience his ordeal.

On Wednesday, Albano said that there was “no kidnapping at all” at Ateneo and that the November 21 incident was made up. He had been quoting an assessment made by an investigator of the AKG.

Asked why such an incident would be concocted, Albano said, “I think at this point, it is a personal matter to the family. I do not think it is a police concern anymore.”

Albano told the Inquirer that there were other reports of kidnappings, which eventually turned out to be false after investigation. “These (cases) also involved college students claiming to have been kidnapped only to break down and admit to making it all up. Most of them merely wanted attention or their parents’ money. Some wanted to use the incident to explain spending time away from their families.”

According to a November 29 memorandum issued by the AdMU vice president for administration, Fr. Nemesio Que, “Based on our initial findings, a kidnapping incident, involving a student of the Loyola Schools, occurred last Thursday, 21 November 2013, between 6-6:30 pm in the North Car Park of the Loyola Heights campus.”

It further said, “We wish to assure the university community that the student was released, unharmed, and that no ransom was paid. By God’s grace, our student has returned to the campus and now attends classes.”

Following the alleged kidnapping, Que said that the campus security office had undertaken measures, including: the installation of additional lighting; the deployment of more guards in the parking areas; stricter rules in the entry and exit of both motorists and pedestrians; and the shutdown of the alternate entry points to the campus.

He asked the AdMU community to immediately report suspicious people to the security office and for students, faculty and employees to always wear their IDs within the university.