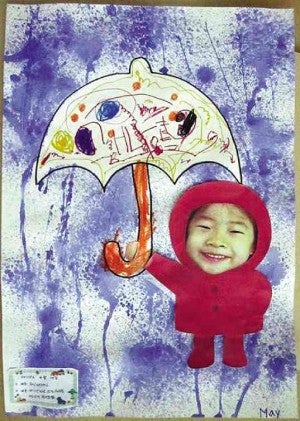 “Despite research showing the benefits of arts education in the imparting of transferable skills, there is currently a lack of concerted effort in the Asia Pacific,” said Samuel Leong at the recent 2nd Cross Cultural Asian Art Education International Conference at Miriam College.

Leong, director of the Observatory for Research in Local Cultures and Creativity in Education of the United Nations Educational, Scientific and Cultural Organization (Unesco) in Hong Kong, said, “Arts education has been neglected, resulting in its being on the periphery of school curricula. This has happened largely under the pretext of achieving international standards in academic ability, but also in part due to lack of awareness on how arts education can add value to cognitive and holistic development.”

Kim Jeung-hee, vice president of South Korea’s Gyeongin National University of Education, said a 2012 survey by the Ministry of Education, Science and Technology showed that most students, parents and teachers wanted more support for the arts. Everyone agreed that art activities in school were not sufficient.

In 2008, Kim, with Ann Kuo, past president of International Society for Education through Art (Insea), and Lourdes Samson, dean of Miriam’s College of Arts and Sciences, created the Asian Council in Art Education for the Southeast Asia Pacific Region.

“We wanted to make art and culture accessible to Asians, so they can become creative individuals and responsible members of society,” Samson said.  “We do arts training, research, linkages.”

Leong said the arts could improve abilities like flexibility, imagination, exploration, reflection. When students learned through the arts, they could also develop the skill of “learning to learn, [which can] make other subject areas more attractive.”

“In a situation where there is more fault-finding than encouragement, an individual will lose his self-respect and display denial, violence, self-isolation, identity confusion,” Kim said. “To help students escape from these, arts education can strengthen self-regulation, knowing situations and overcoming them and create self-cognition, enhancing self-respect.”

“Art therapy is a vital means of self-expression for troubled kids to shed unpleasant feelings or to aid in self-discovery,” Bovornkitti said.

“The arts are languages of reflection, investigation, insight and understanding about the self and the world,” Leong said.  “Arts creation teaches people to make good judgments rather than to find the ‘right answer’ and to realize that problems can have more than one solution. Extending education beyond the culturally convenient, comfortable and familiar could do wonders to expand the creative imagination.”

Arts education is all the more important in today’s interconnected world. Young people combine old and new media and use multimedia tools, often without any licensing fees, to create photography, comics, animation, blogs.

“The age of social networking has brought on a critical need for self-discipline, responsibility and media literacy, in addition to the three Rs (reading, writing, arithmetic),” Leong said.  “But educators should consider seriously the potential of digital participatory cultures in transforming individuals and societies.  Much research is needed in this area.”

Unesco has called upon Asian countries to “apply arts education practices to help resolve the social and cultural challenges today.”

Nash said, “It must be the responsibility of all teachers to advance the levels of understanding and harmony in the village. The arts are my means of achieving that aim.”

On ads and movies

Designed to call attention to the plight of the homeless, the poster indeed horrified a group of high school students. But the feelings ended there.

“Contrary to the expectations of the advertising agency,” said Darras, “the image and text of the poster show and say nothing more than what they show and do not really encourage further reflection on the issue.”

Angelo Lacuesta, former executive director of the Philippine Film Export Services Office, critiqued the film “Man of La Mancha” which, while formulaic, was hailed by a national board as one of the best films of 1972.

The formulaic structure was “pat, symmetrical and, at a glance, instantly insulting both to the common viewer and the hard-boiled cinema critic,” Lacuesta said. “But even a casual analysis will reveal that [it] applies to ‘The Third Man’ and ‘The Godfather’ just as much as it does to ‘Transformers 3: Dark Side of the Moon’ and, I am sure, to the upcoming ‘Sharknado,’ as well as its predecessors ‘Sharktopus’ and ‘Hammerhead: Shark Frenzy.’”

But “Don Quixote,” the novel, “reflects the primary driving importance of the formal narrative and why we need to create narratives out of ourselves,” said Lacuesta, who described how we now use YouTube and Facebook to tell our own stories.