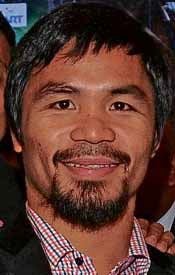 MANILA, Philippines—The taxman has long struggled to compel the local elite to pay their fair share, but a name-and-shame campaign targeting one of history’s greatest boxers and the “sexiest woman alive” is aiming to change that.

A crusade against wealthy Filipinos is part of President Aquino’s high-profile effort to curb tax evasion throughout all sectors of society, a central plank of his quest to fight widespread corruption.

Boxing hero Manny Pacquiao became the latest to be caught in the cross-hairs when the Bureau of Internal Revenue (BIR) froze his bank accounts last week for his refusal to pay a P2.2-billion ($50-million) tax bill related to his earnings in the ring in 2008 and 2009.

The boxer says he has already paid the required taxes in the United States and paying in the Philippines would equate to double taxation.

While the champion appeared stunned and claimed he was being harassed, it was in fact just the latest strike by the BIR since Mr. Aquino came to power in 2010 that has targeted hundreds of rich or famous Filipinos.

“When ordinary people see that we are going after popular and well-known figures … it drives home the point that paying taxes is a civic duty,” Claro Ortiz, who runs the bureau’s Run After Tax Evaders (RATE) campaign, told Agence France-Presse.

The BIR has so far filed criminal complaints or charges against 200 wealthy Filipinos it accuses of avoiding a combined P44.45 billion in taxes.

Pacquiao, who is also a second-term congressman with ambitions of eventually becoming president, has not been charged. His case is currently a civil matter, with the BIR so far just demanding the money it says it is owed.

Among those facing criminal prosecution are actor-model celebrities, including Solenn Heussaff, named by the Philippine edition of Esquire magazine this year as “the sexiest woman alive.”

Heussaff disputes the charges that she owes P3.6 million in back taxes and has filed a legal challenge, although she also blames her accountant for any potential discrepancy. 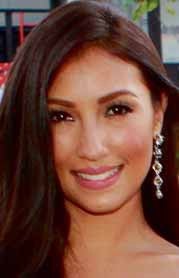 Wealthy individuals who are away from the limelight are also being pursued, including a precious metals trader who allegedly failed to disclose more than a billion pesos’ worth of refined gold and silver sales to the central bank.

A man who raised suspicion because of a low salary and a Lamborghini sports car was another to be charged.

Tax evasion is punishable by up to 10 years in jail.

However, those facing prosecution can have charges or criminal complaints dropped by cutting a deal with the BIR, or hope to have their case lost in the quicksand of the justice system.

Criminal cases in the country’s overwhelmed courts take an average of six years to complete, according to government data in 2010.

The Philippines is also infamous for a “culture of impunity” in which the wealthy or powerful are able to bribe, intimidate or otherwise use their influence so that they are rarely held accountable for crimes.

Just one person has been put behind bars for tax evasion since Aquino came to power in 2010, and her four-year prison term meted out last year stemmed from charges filed in 2005, according to the BIR.

But the government is banking on a wide range of name-and-shame techniques to fight tax evasion.

It regularly publishes in newspapers lists of top tax-paying companies in various industries—such as dining, hairdressing or accounting—and asks readers whether successful businesses they know of should be there. 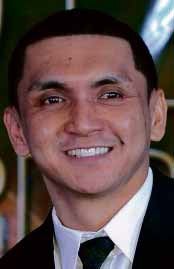 It also releases an annual list of the country’s wealthiest individuals and companies, highlighting the huge difference between their riches and taxes paid.

Occasionally there is also some direct presidential intervention.

In an address to an annual meeting of the Federation of Filipino-Chinese Chambers of Commerce and Industry, the President said just 8 percent of its companies paid taxes.

Sixty percent of the chamber’s individual members paid no taxes at all, the President said in the speech that made national headlines.

The stakes are so high in the Philippines because tax evasion costs about P430 billion ($10 billion) each year, equivalent to 4 percent of the country’s gross domestic product, according to government estimates. 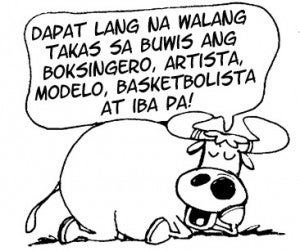 Mr. Aquino says the unpaid taxes deprive the government of money to fight widespread poverty—about one quarter of the country’s 100 million people live on a dollar a day or less.

The government is claiming limited success in its campaign, citing tax collections having risen by 14 percent last year.

“There is an increase in tax compliance. We would like to think that the program played a role in that in terms of the fear factor,” said RATE leader Ortiz.

However, the government has also acknowledged there is a long way to go before tax evasion is tamed, and that the onus rests on whoever takes over from Mr. Aquino in 2016 to continue long-term anticorruption reforms.